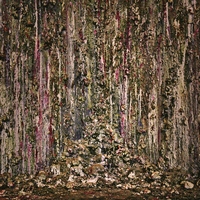 You have to wonder at what point in the name game we are when Piss Vortex seems like the best name for your band. Hurray for using toilet words I suppose, and admittedly, it did stand out and got a few giggles out through the more immature side of this scribe’s personality. However, the giggles stopped once the play button began to whip up the whirlwind of fury that is Piss Vortex.

Piss Vortex plays a very sludgy and dirty version of grindcore that is interestingly spliced with an almost Gorguts flavor of technicality and dissonance. It’s an intriguing mix, particularly with the more stereotypical grindcore-length songs. The Gorguts influences keep you on your toes, and the blistering grind mentality will have you fighting the urge for destruction throughout the album. Tracks like “Of Body and Filth” open with some chilling dissonance and off kilter atmosphere only to erupt into violence of sludgy, filthy riffs and acidic screams. These allow the more straightforward and shorter length tracks like “Voice of the Worthless” and “Altered State” from becoming too standard and instead offer some quick blasts of anger. The final track, the 5 minute “Our Maker’s Invisible Hand,” does standout in its atmosphere and slow burn. It’s commendable to a band of this variety that they can pull off the short bursts as well as more of a controlled chaos.

If you are avoiding this band because you think a moniker like Piss Vortex is silly or immature, you will miss out. An intriguing grind mixture like what is on display here isn’t the type of thing you are going to hear every day. The fact that is so well executed just makes them a band to watch even more so.