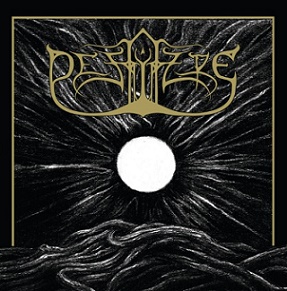 Winters in Minnesota have a way of harshing everyone’s buzz, which in many respects, makes it the most Scandinavian of our fair 50 states. As such, the state hasn’t becoming the breeding ground for hot-to-trot extreme acts as one would think, although DR certainly remembers Epicurean! (If anyone else here does, then hats off to you.) Pestifere, obviously, hail from Minnesota are onto their second album since their 2012 formation, Hope Misery Death. There’s that Minnesota sunshine coming through again!

To the matter at hand, Pestifere playing a suitably brash form of melodic black and death metal, placing them somewhere between The Somberlain era Dissection and any number of the blast attack Swedish outfits. The real capper here is that the band’s songs are largely punctual, if not swift jaunts, giving the listener a quick taste of searing Scandinavian riff action (“Cormorant Tree”), then moving onto the next idea. It’s certainly fiery stuff, even as acoustic guitar touches and atmospheric passages grace the band’s sound, many of which add the necessary layers of darkness to the proceedings. And lest forget the technical thrust found on cuts like “Peregrine’s Timbre” and “Mine is a Strange Prison.”

Just a tad bit wary of the fact there’s not a great deal of individuality to Pestifere; the band is certainly a product of their (worthy) influences, but hey, aren’t we all? Throw that out and the base of the matter is that Hope Misery Death is an album fitting of the harshness of the band’s surroundings, demonstrating the never-ending reach of bands thousands of miles away.