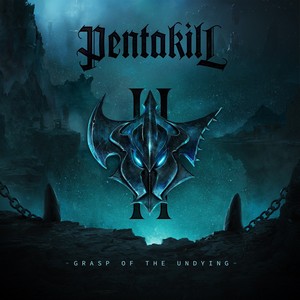 A ‘virtual’ heavy metal band featuring characters from the MOBA game League of Legends might be the type of thing that some of us scoff at. Particularly when you take a gander at their CGI music video for “Mortal Reminder” and see it has accumulated over 5 million views in less than 2 weeks. It’s easy to stand up and cry foul, but when you look deeper into it, what you’ll find is a heavy metal album that takes all that works for the genre and should be a fine introduction to the world of metal for many gaming folk.

With the combined star power of Jorn Lande (Jorn, ex-Masterplan), Noora Louhimo (Battle Beast), Danny Lohner (ex-Nine Inch Nails), and Per Johansson (Ureas) to name a few, it begins to sink in how there is appeal to not only the League of Legends gaming community, but the metal community as well. Taking in a variety of source material, as it could be guessed from the members involved, songs venture into areas of traditional heavy metal and NWOBHM, melodic death metal, thrash, and shades of industrial/electronic. Lande takes the lead vocals for the most part, and “Mortal Reminder” has the sparks of more aggressive power metal with plenty of epic bombast thrown around. It’s a formula that works for the band, and “Infinity Edge” and “Cull” effectively exploit this with an overwhelming amount of energy behind them. The album’s heaviest cut, “Rapid Firecannon,” has a thrashy melodeath fury to it that’s bound to pull the listener in, while “Frozen Heart” and “The Hex Core mk-2” successfully integrate more electronic elements in without sounding out of place. Louhimo’s “Tear of the Goddess” certainly has a Battle Beast vibe to it, but also manages to stand out as one of the highlights.

Far from a mere gimmick, Grasp of the Undying is the type of album that any fan of modern metal should be able to get something out of. It’s obvious that the Riot Games’ team have a firm and passionate grasp on the metal genre, and have designed something that is the genuine article. Unabashedly heavy and fun, but best of all, the complete album can be downloaded free, direct from their website.