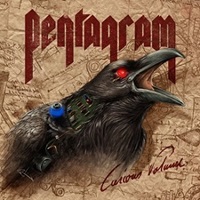 Legendary not only for what could have been in terms of major label backing during the 1970’s but also for the one of a kind circus life that is singer Bobby Liebling (2011 documentary Last Daze Here captures the drug addictions and personal demons extensively), Pentagram seemingly survives all the turbulence and swings like a cat with nine lives. Guitarist Victor Griffin appears on his fourth merry-go-round, bassist Greg Turley has been with the band since 2010, and a new skin basher in Pete Campbell rounds out this incarnation for Curious Volume. Doom with classic rock, psychedelic, and garage influences is their calling card – so where does this stack up to their massive discography?

The quartet will never be accused of chasing modern production values or current tones – the plug in and play mentality reigns supreme, be it something more groove and Zeppelin oriented on “Misunderstood” or flat out doom riff sweetness in “Dead Bury Dead” (the latter allowing Liebling to channel his southern rock meets Gene Simmons charm). Turley and Campbell understand their supplementary roles, building the mood and tempos in a way that gives the listener anticipation for the next Griffin electric guitar progression to take hold – “Earth Flight” and “Sufferin’” two massive hooks that lodge deep into the cranium because of their professional swinging rhythm section grace.

The 11 songs subscribe to a ‘less is more’ philosophy – why have ten parts to a song when three will do? Victor’s lead breaks accentuate the mood and tempo of the respective arrangement, as it’s less about being Yngwie and more about Leslie West or Tony Iommi. And when it comes to Bobby Liebling, the voice and phrasing oozes decades of struggle, strife, and experience being on the edge of death and coming back again and again – some of his ‘scars’ showing on “Close the Casket” while his strange warble during the verses works for potent opener “Lay Down and Die” that features a lot of wah wah pedal action from Victor in the instrumental sections.

Be Forewarned this is not in terms of top to bottom quality (“The Devil’s Playground” could have been cast aside on the cutting room floor), but overall Curious Volume achieves its mission in 11 tracks and 43 minutes of old school doom rock – probably putting smiles on all Pentagram mavens. 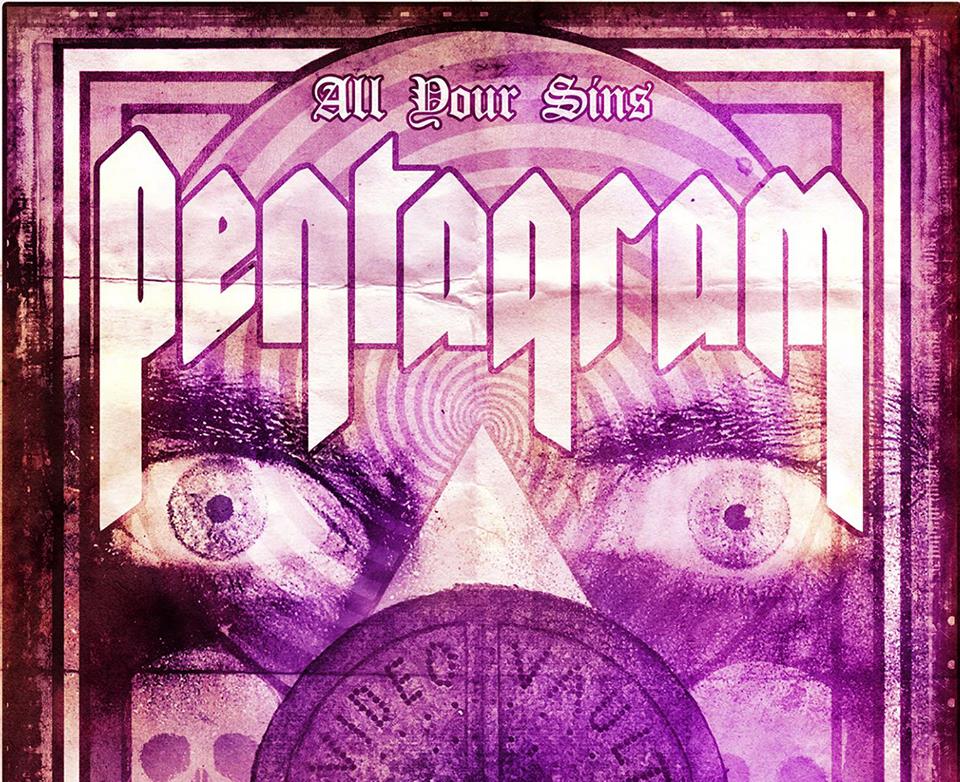 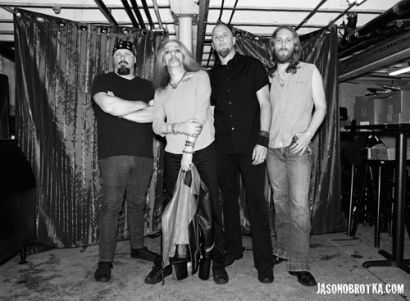 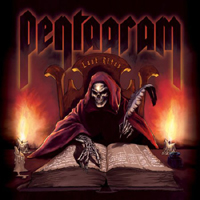