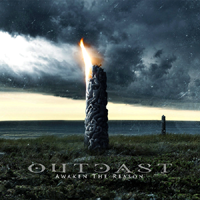 Hilarious how quickly the word “djent” has become anathema to the metal press. Blistering notwithstanding, a lot of our cohorts are dogging the style just as much as we and rightfully so – it’s already played-out. So what do we do when a self-tagged djent band comes down the pike that isn’t really all that djent? We haven’t quite figured that out yet, but Outcast’s Awaken the Reason is far more than a typical Meshuggah hard-on album. That, we have figured out. (By the way, there are about 800 bands with the name “Outcast,” not even taking into the hip-hop outfit under the “Outkast” moniker.)

The French six-piece has the snap and vigor of Meshuggah circa 1994/1995, meaning that these songs don’t take the staccato detour right away. Rather, there’s a heavy rhythmic element to Outcast’s sound in the sense that riffs become jumbled, but are quickly reassembled controlled chaos, like on the excellent “Man’s Last Failure,” a song that is bolstered by flashy lead work and technical splendor. Similar songs of reference include the head-snapping “Fallen Years” (love the first riff) and “Spin Angular Moments,” which utilizes Machine Head’s famous muted harmonic guitar technique.

Awaken the Reason’s hour-long running time might be its biggest hindrance. The album takes its good ‘ole time in wrapping up, leaving a lot of good ideas at the tail-end of the album, yet they’d probably have more of an effect with a shorter tracklisting. Nevertheless, there’s enough variety here to easily push the band passed a lot of djent newbies. In fact, Outcast will probably be one of the few bands to survive the movement’s eventual downfall. 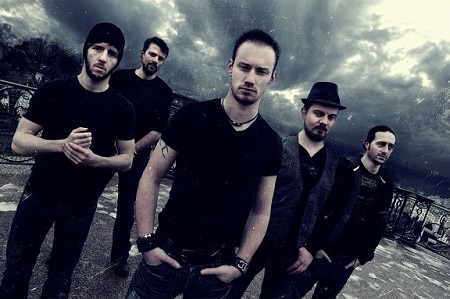