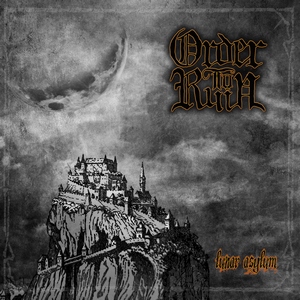 Seems like it was just yesterday that Order to Ruin’s Where Future Shadows Unfold came across the speakers, and already we have a follow-up by the name of Lunar Asylum. With the energy and sounds of its predecessor, it was a welcome treat to receive a new release in such short time, especially when it is every bit as capable and enjoyable.

Given the short span between releases, it goes without say that Lunar Asylum flows much along the same pathway as Where Future Shadows Unfold. That’s not a bad thing however, as Order to Ruin have established themselves as an old school melodic death metal band that isn’t afraid to beef up the more death metal elements (at no risk to the melodies mind you). In that regard, consider this album a striking success – with a blend of Gothenburg-esque elements (particularly in the leads/harmonies) but retains a more buzzsaw-like aggression to the riffs without sounding too Swedish. The gallop and crunch of songs like “Dreamdemon” are immediately hooky without having to toss in the little melodic extras, but rest assured the band does it anyway, much to the success of the album. Melodic riffs of the title track clash with frantic speed runs and tremolo-picked melodies and notable basswork, while the opening of “Arcane Walker” has a classic acoustic intro. Yet another highlight of the act – while rooting the sound in an older feel, it still has a clarity that you can hear all the parts of the band.

A case of striking while the iron is still hot, Lunar Asylum has plenty to offer the melodic death fan. The fusion of death metal aggression gives it some breathing room among peers, and an added energy source that is capable of giving the band a bigger following. Quality releases in this short a time span doesn’t happen often, so take this one for all its worth. 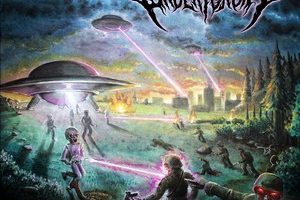 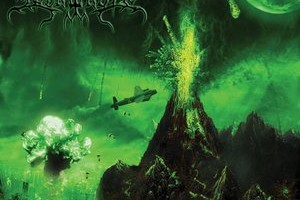