Order of Isaz – Seven Years of Famine (Season of Mist)

Having an accused wife-beater in the ranks…better minimize or avoid the situation altogether; don’t even make mention of it, get a pseudonym, anything. Abusing chicks and animals = instant douchebagery, and while we don’t claim to know Order of Isaz/ex-Necrophobic frontman Tobias Sidegård, the evidence against the man doesn’t bode well for his standing in the metal scene. Necrophobic (wisely) gave him the boot earlier this year, so it appears Sidegård will turn his attention to his heavy Goth project, Order of Isaz, whose Seven Years of Famine debut was apparently a long-time coming.

Goth, of course, is not corralled to one particular sound cabal, but for Order of Isaz, they lean heavily upon early forerunners Sister of Mercy and The Fields of Nephilim, seeing Sidegård employee a throaty delivery that isn’t too far off from Moonspell’s Francesco Ribera. He has a little more tonality to his vocals than Mr. Moonspell, which comes in handy during the dramatic huffing and puffing found on “Drowning,” which serves as the album’s most enticing cut thanks to such vocals, and some nifty twin guitar harmonies, which have always worked well in the confines of Goth. However, such happenings don’t occur as much as they should, with a bunch of these cuts sounding pretty dry and unegaging, like opener “The Coalesce” or the maladroit “Dying Star.”

Notwithstanding Sidegård’s previous “incidents” with the female kind, Order of Isaz doesn’t have a tremendous amount of allure to it, even if former Tiamat bassist Johnny Hagel is at the helm. But, really, he’s an afterthought in all of this, and so is Seven Years of Famine. 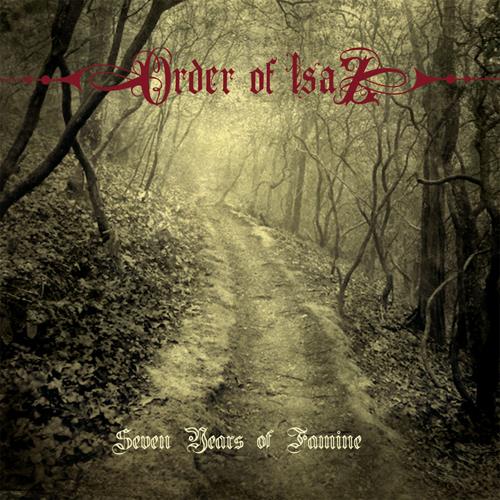