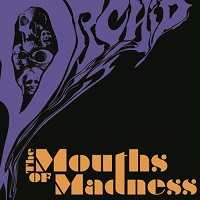 Sabbath, Sabbath everywhere. The upcoming release of the band’s comeback album 13 has put the lads from Birmingham firmly back in the spotlight for what in essence, should be their final studio recording. All this does is create more demand for groups the media can dub the “next Sabbath,” even if various artists have been trying for decades to become as such. San Francisco’s Orchid seem to be getting tagged as the likely successor to the throne, and on their sophomore The Mouths of Madness, show they’ve done their homework.

It should be noted right off the bat singer Theo Mindell doesn’t have an Ozzy-like voice, and guitarist/primary songwriter Mark Thomas Baker doesn’t style his riffs in an Iommi-like manner. Rather, Orchid effectively captures the feel and vibe of Sabbath around the time they were transitioning from Vol. 4 to the fantastic Sabbath Bloody Sabbath. Orchid’s textured sound keeps the rock in check, however, as the bob-and-weave of “Marching Dogs of War” slants itself as an anti-war song, ready to be consumed by the anti-establishment. If this were 1974, this song would be their marching call.

In the spacey, psychedelic offerings of “Silent One” and “Leaving it All Behind” is where Orchid starts to find their sound. Their riff-based numbers aren’t anything to balk at, but the band runs the risk of sounding too much like a standard-fare retro-rock band. With the careening feel of the more cerebral “Leaving it All Behind” and “Loving Hand of God,” Orchid puts on a more bold face, one that is less inclined to borrow from the past.

Probably destined to be this year’s Graveyard (who are also on Nuclear Blast), Orchid should have an easy time picking up steam because 1.) They’re American; and 2.) The Mouths of Madness has more depth in its saddles than meets the eye. Now, watch all the hipsters flock to these guys. 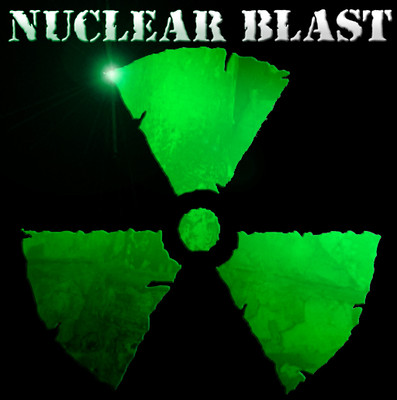