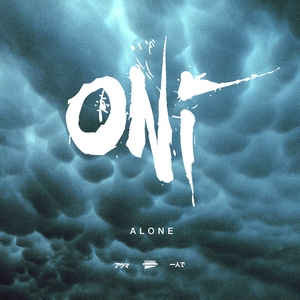 There’s always something to be said for ‘trimming the fat’ of an album. Oni’s debut in 2016, Ironshade, had glimmers of great potential, but found itself bogged down in some lengthy tracks and proggy indulgences that went too far. But with the band’s latest in Alone, a 5-track EP, it seems they’ve managed to steer the ship in a very favorable direction.

On the immediately noticeable end, the moments of ‘over-progging’ a track, or overextending its welcome are gone. These five tracks all sit comfortably in their 4-6 minute timeframes, driven by tightknit songwriting. It’s an impressive improvement that allows what the band was doing so right last time to really stand out. Their combination of Between the Buried and Me/Protest the Hero-esque prog metal with some direct, almost hard rock attitude and direction really fits the compact approach here. Those seeking something intricate can dive deep into the riffing structure of tracks like “Rift” and simply enjoy the proggy playfulness the band displays, but fans seeking something more immediate and hook-based can also enjoy the same track for its punchy grooves and catchy melodies, from both the instrumentation and vocals. The predominately clean vocal approach allows for some crossover with a larger, non-metal audience and improves accessibility, but they also aren’t going to move away from some otherwise blistering assaults like seen in “Dead Inside” or “Breathe Again,” which provide exhilarating riffs and some more harsh vocals to up the diversity quotient on the EP. This is best shown on the EP highlight and closer “Faceless Portrait,” which uses the darker riffs to bring things to a heavy finish, complete with some massive breakdowns and catchy chorus that will leave the listener craving just one more track.

While Ironshade had some shining moments, it’s apparent that Oni have done all that they can to ensure that they are a true force to be reckoned with on Alone. Each track is packed to the brim with just the right amount of proggy infusions while keeping their melodic hooks sitting right alongside them in order to achieve maximum impact. Those seeking some modern metal that is as playful as it is progressive should find plenty to keep themselves occupied. 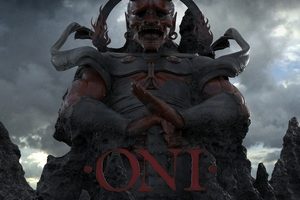