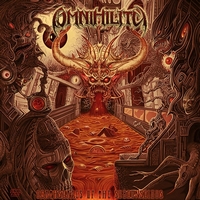 Invariably, splitting hairs between the uber-competent and vastly technical, technical death metal bands is a task better left onto the professionals, which Unique Leader would qualify. Save for a few, the California-based label has the market cornered, and usually doesn’t come up short in the quality of release department, as evidenced by Kyle McGinn’s usually spot-on endorsements of the ringing variety. Next man (or band) up is Oregon’s own Omnihility, who on their sophomore Deathscapes of the Subconscious play with the sort of perfunctory fretboard-ness that makes them almost too suited to be on Unique Leader, if that makes any sense.

Nine cuts here, which include two short, well-placed interludes (“Ancient Ruins Forlorn Part I and II”), so it’s pleasant to see the band have some idea that a relentless onslaught with zero breaks isn’t the wisest of decisions. So there’s not much new ground in which to tread in the technical death metal department, Omnihility demonstrating the necessary flair and hyper-tude to push jams like “Molecular Resurrection” and “Contemplating the Ineffable” over the edge, the latter of which being the album’s most adventurous and intensive cut in the vein of usual suspects like Origin and Suffocation.

Of particular interest should be the band’s one-guitar setup, consisting of just Dan Rabago. In turn, Rabago should have no problem positioning himself as one of technical death metal’s best young players, as evidenced by his command and partial affinity for sounds outside of the death realm, as found on the title track, and the above-mentioned two interludes. But, not only Rabago, but the rest of Omnihility are suitably adept in all facets, thus making Deathscapes of the Subconscious a quality entrant into Unique Leader’s swelling ranks, where a healthy, if not mildly interesting competition is brewing as to who can out-technical-who. 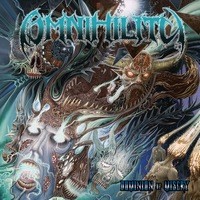 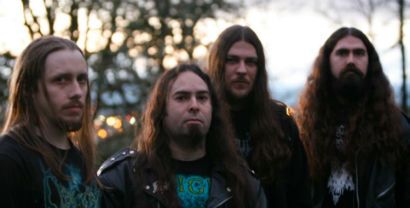