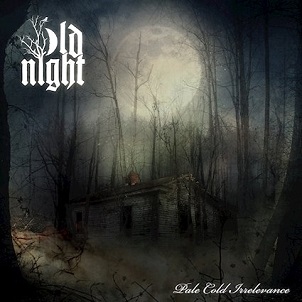 The amount of quality, bona fide singers has dissipated over the years, much to the chagrin of old-school purists or those who simply enjoy a good vocal melody, like the author of this review. The advent of semi-decipherable grunting has enabled many a not-so-good vocalist to man the microphone when it should be going to someone else. Then there’s the bands who claim vocals are “just another instrument.” Blah to that. But then you hear Old Night’s Matej Hanžek on Pale Cold Irrelevance and your faith in singers is restored.

Hailing from Croatia, Old Night features a three-guitar formation (including Hanžek), along with principle member Luka Petrović of Ashes You Leave fame. The band’s epic doom take — largely Solitude Aeturnus on a European scale — offers up quite the bounty of memorable songs. Of instant note is album opener “The Last Child of Doom,” which, aside from being a perfectly-named song (all doom bands should have “doom” in at least one of their song titles), is a masterstroke of aching riffs and gradual melodies, all fancied-up by Hanžek. And let’s not split hairs here — Hanžek is the focal point, whether he’s heaving emotive lines on “Thieves of Innocence” (the three guitar tandem comes in handy here) or playing it subtle on “Architects of Doom” (keep the doom song titles coming!), Hanžek immediately, without pause, establishes himself as one of the best new doom vocalists on the street.

Yeah, these songs are often long and laboring, but Hanžek is usually there with a reward; same with the sterling guitar work. Coupled with a production job yanked right out of the ’80s playbook and you have a doom album in the form of Pale Cold Irrelevance that is a pure monolith.