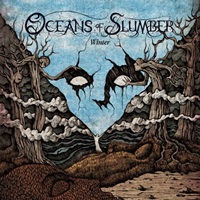 Admittedly kids of the 1990’s and fortunate to grow up around everything from Watchtower, Absu, Pantera, and Stevie Ray Vaughan among others – this Houston, Texas sextet known as Oceans of Slumber have established a strong footprint in the scene since their 2011 inception. A self-released debut album Aetherial and gaining a key support slot last year for the Evergrey/Voyager tour across the United States elevates their progressive metal status, signing with Century Media for this second album Winter. Prepare yourself for an adventure that can be expansive, tugging at the deepest recesses of your mind as the music, lyrics, and melodies throw a veritable aural stew in terms of moods from atmospheric and serene to aggressive, blasting, and brutal – yet delivered in a palatable format to gain more than a schooled musical following.

Excelling at the art of injecting dynamic interludes or short-pieces like the acoustic “Laid to Rest” or almost avant-garde meets bluegrass “How Tall The Trees” gives main tracks “Suffer the Last Bridge” and “…This Road” deeper pull, the latter featuring some interesting guitar/bass runs from Sean Gary, Anthony Contreras, and Keegan Kelly in a Candlemass meets Evergrey montage. Dual female clean vocals with occasional male growls open up heavier/darker possibilities, as the title cut could gain easy appeal with melodic death and black metal fans on the vocal front, while the 6:55 “Apopologue” has this sinister guitar tone and blasting nature at times that showcases that a progressive metal band can be aggressive and maintain a sense of melody through the proceedings.

We at Dead Rhetoric feel that often the separator between a band like Oceans of Slumber and the ‘oceans’ of others wishing to swim to successful shores is in the singer slot – and Cammie Gilbert comes up triumphant in her unique, ethereal, and magnetic voice. Sultry, southern, bluesy, classy – these adjectives and more come up when taking in the more straightforward power of the aforementioned “Suffer the Last Bridge”, while her stunning interpretation of the Moody Blues classic “Nights in White Satin” will put her in legendary status, as everything from Stevie Nicks to ex-The Gathering vocalist Anneke van Giersbergen comes to mind.

By the time the classically charged piano piece “Grace” ends, Winter doesn’t feel exhausting with its hour long recording – most will feel the need to return to its blissful charm again and again. Much like Amorphis and Opeth changed people’s views of progressive music, Oceans of Slumber can be another head turner if they continue to embrace their multi-genre approach with grace, tact, and total engagement as they have here. 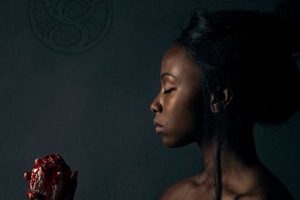 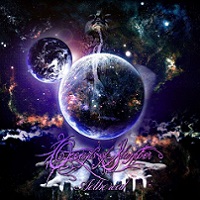