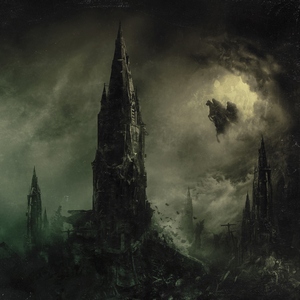 Sometimes a record can practically sell itself to some with the right tagline. Nyktophobia had this scribe’s ear with the promise of being “dedicated to all fans of old school melodic death metal.” Hard to beat a slogan such as that, but then the question remains, “did they do it?” The answer for their debut, Fallen Empire, is a resounding yes.

From the cover art itself to the actual music, Nyktophobia fall directly in line with old school death metal. Not the At the Gates (SotS-era at least) or Jester Race-era In Flames that many try for, but the really old school flavor that bands such as Unanimated or Cardinal Sin, who effectively tossed in some black metal influences to the melodic table. You can hear some earlier Dark Tranquillity and In Flames (ie: Lunar Strain) if you keep trying to analyze, but what’s the fun in that? This is an album that is certainly selling itself to the right market and lend a genuine feeling that will bring you back to the melodeath of the early/mid ‘90s and the melodies flow with plenty of passion for the material. The melodic humming of a blackened mid-paced track like “Rise of the Kraken” is sure to please those looking for a fresh take on a rather under-appreciated scene. Even the production hits the marks for the style, though without looking too unnecessarily sloppy.

Avoiding the usual route of melodeath worship gives Nyktophobia an edge over those who may sit in similar waters. The nostalgia factor may make it a better sell to some than others, but the melodies that swell throughout Fallen Empire are the type that can be enjoyed by anyone. A strong newcomer in the old school worshipping scene that is bound to make a presence as some rightful buzz builds around them. 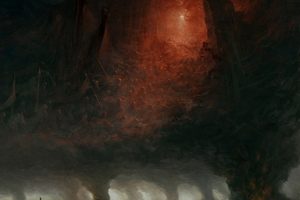 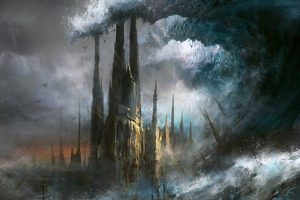