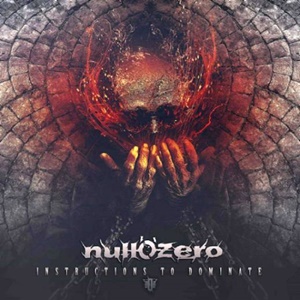 Aiming to set themselves apart from the pack, Greek metal quintet Null’O’Zero certainly have a start in name alone. Active since 2012, they’ve released an EP Under Blood Red Sky and signed with Rock of Angels Records while releasing their first full-length The Enemy Within in 2015. They’ve also graced the stage with domestic and international talent, including a chance to open for Accept in Athens – setting themselves up for the follow-up record Instructions to Dominate. After a few spins its clear that Null’O’Zero penetrate on many levels due to their diverse influences and proper cross-pollination genre combinations of heavy, power, progressive, and thrash metal.

The ten tracks contain mighty main hook lines on a musical and vocal scale that builds out into those previously mentioned nuances so that the record doesn’t ride on one specific arrangement style or construct. Check out the epic marching nature to “My Last Disguise” for instance, which then transitions into a clean instrumental section that contains classical textures against twin electric guitar harmonies familiar to fans of early Metallica or Iron Maiden. Drummer Lefteris Moros executes his parts with one foot in the past and another in a modern scope, conscious of his reverence of double kick and exciting fills yet also slamming home solid groove ethics as “Imprisoned in the Dark” illustrates. The technical aspects come into play in specific phrasing and execution – not necessarily too over the top, but you can tell the band members know their way around their instruments and inject the flashier passages during “Decline the Legacy” and the progressive 7:40 closer “Hate” to make these tracks attractive for deeper inspection through repeated exposure. It’s as if one-minute Null’O’Zero can be more like Brainstorm or Rage, then turn on a dime showcasing affinities for Megadeth, Symphony X, and even a bit of Avenged Sevenfold – without confusing the listener as to where the band’s foundations in metal lie.

Singer George Patsouris (Geo Sinner for short) is the group’s ace in the hole. His gritty lower to mid-range propensities give the material that Teutonic meets Ronnie James Dio edge – properly conveying their down to earth metal platform while also ensuring multiple opportunities for shouts and sing-a-longs (see “The Last One” and “Hate” here). Instructions to Dominate could be that hidden gem for many groups of people, as it’s catchy while also being progressive and dynamic at times – making for a long-term winner in this scribe’s book.