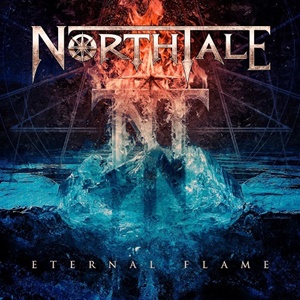 Establishing themselves as an international force in the power metal movement, NorthTale burst onto the scene for their first album Welcome to Paradise in 2019. A mix of Swedish and American musicians comprise the group, although they have a Brazilian vocalist now with Guilherme Hirose taking over for the departed Christian Eriksson for this key second album Eternal Flame. Led by guitarist/songwriter Bill Hudson, these twelve tracks encompass all the key components one wants in classic power metal, incorporating speed, finesse, neoclassical/shred chops, while also executing versatility, dynamic diversity, and plenty of vocal/music hooks and melodies to cherish.

Uplifting musical foundations and plenty of synchronized arpeggio-led battles between Bill and keyboardist Jimmy Pitts as well as the potent, professional rhythm section parts out of bassist Mikael Planefeldt and drummer Patrick Johansson level the listener immediately on the classic opener “Only Human” – filled to the brim with 16th notes and soaring vocal harmonies during the chorus. It all works in a way those who love early Angra, Edguy, or classic Stratovarius should salivate over. Not everything is about speed though – tracks like “Wings of Salvation” and the culturally relevant “The Land of Mystic Rites” illustrate the wider parameters of melodic metal, the latter incorporating flamenco guitars, Brazilian chanting and native percussion against the normal electric proceedings. The choice of a 90’s Iron Maiden cover with “Judas Be My Guide” featuring guest vocals from Dragonland’s Jonas Heidgert along with Guilherme allows a great back and forth contest to take place – an energetic interpretation of a Fear of the Dark song many need to appreciate. The epic “Nature’s Revenge” at 11:23 contains four parts – a shining beacon of what can happen when you create bombastic orchestration, moving musical components, more guest appearances for coloring (Mary Zimmer shining vocally during the midsection with her vicious screams) to take the listener on a journey not soon forgotten. Helloween, Avantasia, and Stratovarius again would be proud of the influence they’ve taken upon NorthTale here – Jimmy especially using some older 70’s/Styx-like strains for his tones and keyboard/piano note choices during his lead break. And those who miss Kai Hansen vocally will enjoy his supporting role for “Future Calls” – the spirited delivery excelling in a Gamma Ray-like arrangement.

Guilherme is an unsung hero of the power world that will draw comparisons to prime-time Michael Kiske and the much-missed Andre Matos throughout this record. Check out the neoclassical meets Painkiller-ish fueled “Midnight Bells” and conventional power metal driven “Ride the Storm” for deeper understanding of his voice – stellar in higher ranges, yet very clear and commanding if necessary to hold those key notes in the choruses. Add in the supreme knowledge and abilities of Dennis Ward as a producer (executing the duties at a safe distance due to the pandemic) and it’s clear that NorthTale are the real deal as far as intertwining a heavier, neoclassical meets power take on the genre that is rarely heard and executed in this fashion.

To compare both records using a food/meal analogy, Welcome to Paradise works as a very appealing appetizer, whereas Eternal Flame is a gourmet main course. This may be hard to top, but these gentlemen deliver a power metal feast for 2021 that brings a lot of 1990’s/early 2000’s aspects to the table – in the end creating a killer, dynamic album to digest again and again. 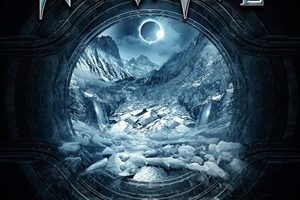