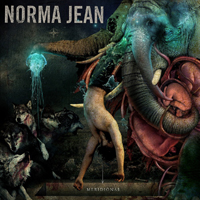 The cream of the crop when it comes to discussing anything “Christian” and “metal”-related, Atlanta’s Norma Jean have managed to outclass their contemporaries via a slew of unconventional and obtuse albums, bodies of work that while certainly on the metalcore side of the fence, are miraculously redeemable. And it’s not by divine coincidence, either.

As for Meridonial (the band’s first album away from long-time Tooth and Nail records), it’s partly a throwback to the band’s Luti-Kriss days. There’s the standard spazz of opener “Leaderless and Self-Enlisted,” as well as the pointed melodies of “A Media-Friendly Turn for the Worse” and “Everlasting Tapeworm.” There’s a strong anchor to a lot of these songs, even as riffs slide and collide with little or no cohesion. Also, a big credit to drummer Chris Raines, whose unique approach to the kit really opens up the band’s sound. It’s as if the man is purposely trying to the throw the meter, knowing he could pull it back it at any moment.

Singer Corey Brandon has always been a bit touch-and-go with his vocals, this time managing to turn in some nicely-sung moments in “Blood Burner,” among others. Brandon does bust out a little squeak and squawk (which are in turn, his most discernible moments) and as the album churns on, this facet of his vocals ends up wearing on. But hey, at least he doesn’t go all-out clean croon on us.

Cutting-edge this is not, but if we were to apply anything remotely related to forward-thinking with Christian metalcore, then it would all fall on Norma Jean. Quite hard to believe they’ve been around for more than a decade and now as elder-statesmen of the scene they helped kickstart, they’re doing the wise thing by staying loose and creative with Meridonial, hopefully showing all the newbies how it’s supposed to be done…the right way. If it all applicable… 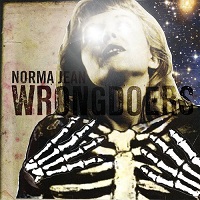 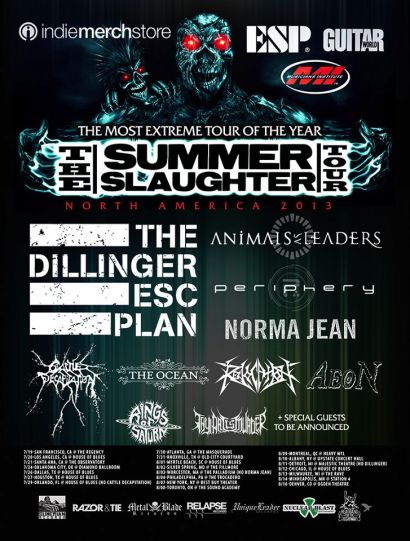