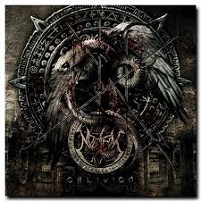 Plucked from obscurity by Metal Blade, Spain’s Noctem are essentially the Spanish equivalent to Behemoth, minus the unbridled intensity and showmanship. The band’s relentless death/black metal assault does possess some charming moments, though, and one could do a lot worse than taking direct cues from Nergal and co. On Oblivion (the band’s fourth full-length), Noctem proves there’s some real teeth to the Spanish extreme metal underground, something most of us (including yours truly) have virtually no clue about…

Hatched in 2001, Noctem have gradually honed their sound into that wide open space of death/black hybrid. It’s a really easy thing to fall prey to, probably even easier since they’re from the not-so metal country of Spain. Because the band doesn’t know which way to turn, it sometimes works in their favor, especially the more melodically-inclined moments on “Invictus” and “Sons of Hub – Vocub” where a cross-section of crunchy rhythms run alongside hefty portions of maniacal blast beats and the frazzled vocals of Beleth.

The main separation between Noctem and Behemoth is orchestration, for that’s not how Noctem rolls. Rather, the Spaniards prefer to the let the album play out via a healthy dosage of songs

that unfurl some brazen melodies (Unredemption”) and take on a Dimmu Borgir-like atmosphere (“A Borning Winged Snake”). And as indicated above, Noctem isn’t quite sure where they want to go with things, so instead of doing one thing and doing it well, they’re essentially trying to please both the Behemoth and Dimmu crowds. Good luck with that.

as impressionable and fresh-faced as Noctem usually don’t sound as professional as this, so Oblivion will probably hit its target in Europe and Scandinavian territories. There are some good ideas worth hanging to here, even if we’ve heard them from a Polish and Norwegian band over and over. Hard to fend off amalgams like this. 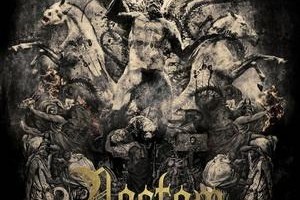 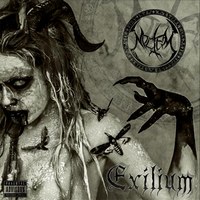 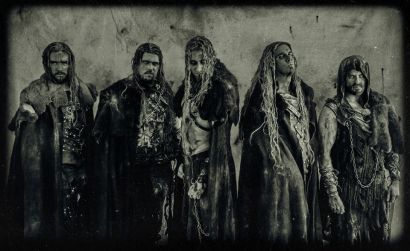