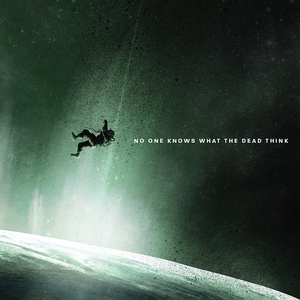 Being touted as the next iteration of legendary act Discordance Axis (not to mention the Gridlink connection) means that there are definitely some grind fans who are chomping at the bit to hear this one. Discordance Axis were a unique group of grinders, and therefore No One Knows What the Dead Think have some potential to live up to. This is an album that really needs a safety belt strapped in before your first listen.

The initial impression of No One Knows What the Dead Think is that of chaos. In true grindcore fashion, it more or less stops at nothing and keeps an overwhelmingly frantic pace the first time you hear it. It will knock you back a bit and you might scratch your head about some of what you just heard. That alone should make it worth a spin for those in the grindcore trenches, but there’s just more to it than that. As one continues to listen to the album, which lends itself to this with a 20-minute/10-track runtime, you’ll start hearing more of the ingeniousness that elevates it above basic grindcore. There’s some intricate, sometimes dissonant riffing that starts to oddly catch the listeners ear with time. While it pulls no punches as a frenetic ball of energy, you’ll be surprised at how often tracks like “Dagger Before Me” can slip into your head with their combination of pure wrecking ball fury and more intricate riff-driven madness.

A spitfire release that gets in and gets out before most will know what hit them, No One Knows What the Dead Think is grindcore bordering on insanity. But if you give it a few chances, you’ll start to dig deeper into its core and that’s when the fun really begins. While some say that grind can be more surface-level stuff, this is one release that will be all the stronger each time you hit play.

No One Knows What the Dead Think on Bandcamp