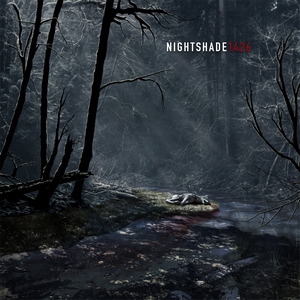 When looking at styles that continue to be stuck in the mud with a sound and direction, deathcore has been a perpetual offender. But for every band that continues to churn out the same ole chuggy, breakdown within a breakdown type of affair, there are thankfully bands like France’s Nightshade. Despite some ‘core tropes present, their latest release 1426 still stands above much of its brethren.

The band’s fifth album, 1426 combines the pre-requisite grooves and rhythms that the genre calls for, but mixes them up with some atmosphere and a more refreshing approach to songwriting. Modern and chunky downtuned guitars may dominate a track like “Inclusive,” but the intense approach keeps things more grounded, as does a lack of reliance on dropping into breakdown mode. They can also contrast a groovier track like this with a more melodic number right after, as “Purpose” flips the groove into melodies and atmosphere. Clean vocals, keys, and more metalcore-ish elements insert themselves into the beginning of the track before things end on a heavier note. Similarly, “Moonchild” isn’t afraid to abandon more brutal elements to push for a more modern atmosphere that manages to not feel out of place. But eerie and frantic riffs do slide into the album, like the more gargantuan vibe that comes from “Snake in the Grass,” with throttling intensity (and a deserved breakdown towards the end that feels immense due to natural build-up beforehand).

While it’s certainly directed towards those looking for more modern, ‘core-infused material, 1426 wisely avoids too many clichés along the way. It may not be the perfect record in that regard, but it’s clear that the emphasis was to deliver a heavy experience that isn’t afraid to toss in some emotional resonance from time to time.