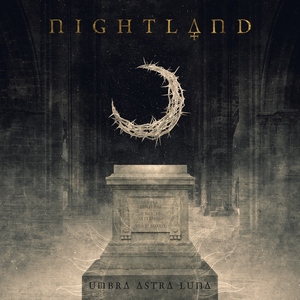 Jumping directly into the scene with their first full-length, Obsession, back in 2015, it’s taken Nightland four years to return. Those who were hip to their first outing will no doubt find the band to be on more or less the same footing that worked for them last time. With a sound that caters to those into the Fleshgod Apocalypse, Dimmu Borgir, and Septicflesh side of things, expect some bombast as well as brutality.

Not to say that there’s no melodies to be had though, as it does make up the backbone of what Nightland is doing. Lumbering and potent riffs always have their place, but the symphonic elements are obviously a large component of what makes the band tick, and the melodic indulgences (which no doubt lend some influence from their earlier days in folkier territory) help the band to complete a more well-rounded package. This is evident on some of their strongest tracks, such as the sweeping “One Million Suns” (which also includes some female vocals) and the gothic/black touches that fuel “Lovers in a Colorless Summer.” Gentle piano/synth later accompanies “Eternally Thine” with some engaging moments of a different variety to counter some of the song’s more visceral and blast-enhanced segments. If one thing holds it back, it’s simply that it feels a bit too similar at times to the bands referenced in the introduction, but that won’t hold back fans of this style when it comes to their execution of the material.

Umbra Astra Luna comes across as a solid piece of symphonic blackened death metal. While it does stick to most of the convections, and they’d benefit from some further experimentation, there’s no denying that they have the essence of the genre captured. Which can make Nightland a go-to if you are seeking something symphonic and grand in nature, but isn’t also afraid of ratcheting up the heaviness when needed. 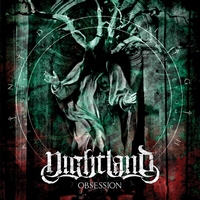