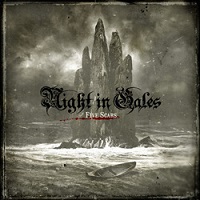 There are many melodic death metal bands that were beyond brilliant, but never got the adulation they deserved. Groups such as Without Grief, Withering Surface, Julie Laughs Nomore and Ebony Tears come to mind as bands that were sharp, innovative bands that never garnered nearly enough attention. Night in Gales is another of those bands, though they had a blip on the radar when they debuted with Nuclear Blast in 1997, but never got the push they needed. The band eventually split amidst some turbulent times. However, the band put out a free EP in 2005 to celebrate their 10th anniversary, and officially re-formed in 2008, releasing an outright killer demo with promises of a new studio album.

And then we waited. At a few points, the thought was that things weren’t going very well, as they were silent for a few years after said demo. Personally, there was a fear that they were just going to fade away, never to be heard from again. Then, out of the blue, an announcement regarding the band signing to Lifeforce Records, and the anticipated new album, titled Five Scars was made. The resultant? Patience is indeed a virtue, as it seems taking their time with this release ended up paying off in spades.

This is classic melodic death metal, folks, and this record floors the listener from start to finish. These guys were one of the true innovators, and this album is a shining example of that. Nobody but Night in Gales could have made this varied and flavorful master class of how to make an inspiring chunk of melodic death.

The disc kicks off with a somber intro, filled with strings to set the mood. The first song, “This Neon Grave,” kicks into form quickly with a savory riff and a beautiful lead that suck you into the song faster than a tornado ravages a trailer park. The song also contains a haunting point in the middle, with whispered vocals and heavily downpicked guitar riffs, slowing the pace down for a short while. It has it all, and it’s just the first song! This is a common theme throughout, as each and every song displays diversity and expert craftsmanship.

“Days of the Mute” is classic melodic death through and through, harkening back to the glory days of the mid 90s. The clean passages are a highlight here, setting a wonderful mood, of which the song runs with to perfect effect. The title track is the most epic on the album, with violins setting the mood both to begin and end the song, accompanied by some of the most proficient rhythms laid down in quite some time in any style of metal. “The Tides of November” slows the tempo down a bit, delving into the more atmospheric side of the band, displaying how multi-faceted Night in Gales is. “Endtrip” is the shortest song on Five Scars, but is also one of the fastest, heaviest and all-out intense songs on offering. You can’t go wrong with a single second on Five Scars, an accomplishment that these guys can be very proud of.

Nor an average track is displayed on Five Scars and Night in Gales has come through with one of the best melodic death metal albums that have ever been conceived. This release has everything you could possibly want and so, so, so much more. It’s easily one of the most well-written, intense, viable and just plain brilliant albums to come out in a long time. Five Scars is a contender for album of the year, for sure, and by far the best comeback in a good while. Night in Gales couldn’t be any more back, and hopefully this time around, they receive the respect they deserve. This is an absolutely essential addition to the musical library of any who have any sense of good taste. Now, please, tour the world and show this beast off – preferably within driving distance of yours truly. 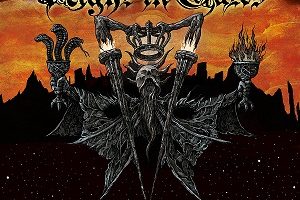