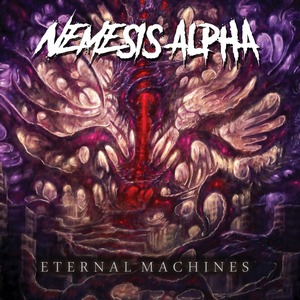 One-man act Nemesis Alpha truly impressed with a rich melodeath treat in the form of the self-titled debut two years ago. Rudy Leal hit the sweet spot between more modern approaches to the genre while keeping things firmly focused on some killer guitar work and melodies. Not to mention having Bjorn Strid (Soilwork) on vocals as icing on the cake. With Eternal Machines, Leal expands his horizons with some songwriting help from Joseph Church and added vocals from Marcos Leal (Shattered Sun) to make an equally compelling vision.

One of those albums that could be described as a complete no brainer with the tag of “for fans of” Soilwork, Disarmonia Mundi, and the like, Nemesis Alpha is an easy sell. Even at almost 75-minutes in length, it never dips in quality (and feels quite worthy to share the same space as the bands above). There’s some energetic and fast-moving stuff, anthemic mid-tempo bruisers, and more melodic cuts (with some ambient moments) to divvy up the tracks and keep them interesting, and switching off vocal duties on tracks between Strid and Marcos Leal (along with Rudy himself) provides an added piece of diversity. What makes it all work, as most of the best bands in this genre provide ample evidence of, is excellent melodies. The first few tracks are bound to make you smile with their sometimes technical yet ‘easy to grab a hold of you’ riffs – the kind that can blaze at high speeds but shine with catchy moments (see “I Defy”). Slowing the tempos only gives them more breathing room in the mix, with tracks like “Havoc” and “Burning Blue” have some real potency.

One can only hope that Eternal Machines gets a greater push with Nemesis Alpha being on Sliptrick Records (as opposed to the independently released debut) as this is the type of melodic death metal that does it all right. It can rage with heaviness, pop with melody, and intertwine the two together in glorious fashion. Not to be overlooked! 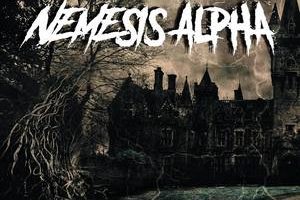