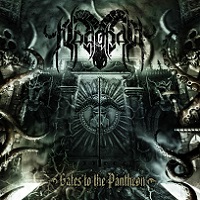 Blackened death metal is always a tricky sound to work with, not only due to the fickle nature of the audiences involved, but the sonically divisive realms of black and death. Much like Polish mainstays Behemoth and Hate, however, German maestros Negator bring the two together in a seething and colossal fashion on Gates to the Pantheon. Tightly wound and trimmed of all fat, they’ve a major winner on their hands here.

Early on the pace is set with the likes of “The Last Sermon” and “Bringer of War” bouncing between a hyper-paced black focus on the latter and a rifftacular death focus on the former. Things slow to a death march on fantastic album centerpiece “Nergal, the Raging King,” portions bouncing from very Behemoth-like to an escalating and eventual explosion of melodic awesomeness. Fucking colossal indeed.

The back half of the album sees the melodic reigned in a bit and a greater focus put on espousing the theme of merciless brutality. It isn’t a bad thing, but it does cause it to become kinda samey, with casual glances over the likes of “The Urge For Battle” and “Atonement In Blood” not leaving a great deal to separate them. That being said, however, Gates to the Pantheon is a solid and enjoyable listen throughout, another quality release for a band only now a decade old. 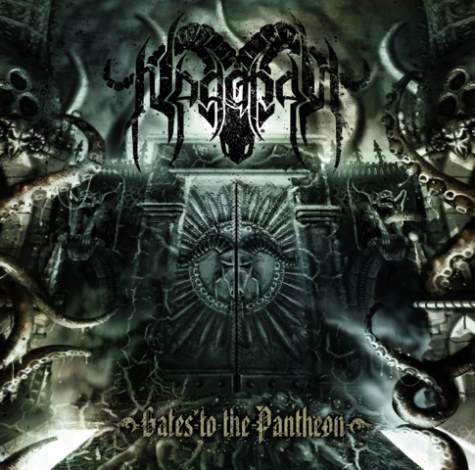