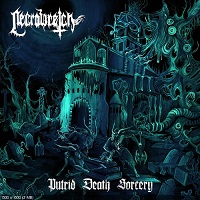 Apparently, main Necrowretch dude Vlad has quite the affinity, hard-on, fondness for Scream Bloody Gore. Perhaps he wishes his picture was on the back cover as opposed to John Hand’s, eh? Necrowretch sounds appropriately Death-ish circa 1987, which is not pure happenstance, even as much as Sir Vlad tries to state his band isn’t retro death metal. Death in the 80’s = Retro death metal. Necrowretch circa 2013 = Retro as well. Removing the blinders would be the first step in the right direction, for Putrid Death Sorcery has all the personality of a rice cake in this climate.

Vlad’s torturous vocals aside, the band gets into bed with those simplistic, evil chord movements that Schuldiner found his bearings with. There’s the odd twist here and there, most notably on “Goat-Headed,” which features a nice little bass break and some Autopsy-like gurgling(s). The band feasts on primitive death metal ideas on the title track, even as a spiraling lead riff heads off the more meat-and-potatoes ideas on display. The murky doom comes down on “Impious Plague in Catacombs,” and “Defiler of Sacrality” has the temperance one would expect from a band not trying to be retro, but being retro at the same time. These guys are close to be a walking contradiction.

Tailor-made for the simple-minded death metal fiends who are still jacked that Chuck took out the inverted cross and spider’s web from Death’s logo, Putrid Death Sorcery blends in rather aimlessly with the current scenery. An album like this would have been a novelty ten years ago; now it’s tired, boring, and difficult to make excuses for. 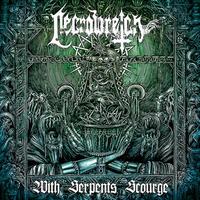 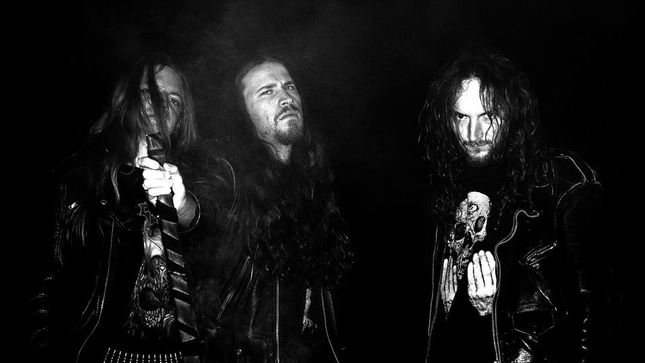 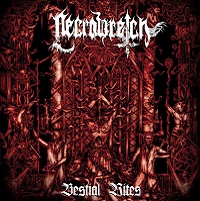