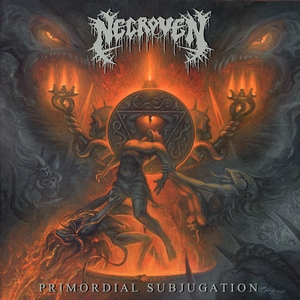 Adding another notch to their belt, Necroven come back for a second full serving after taking some time (read: a compilation and an EP) following a 2012 debut, Worship of Humiliation. Chances are that you’ve played this game a few times before, but just like any other long-standing metal genre – old school death metal never dies, it’s carried on by the upstarts that want to keep the purity of the line intact.

If that’s your mindset, you’ll find plenty to appeal to your senses on Primordial Subjugation. Necroven take the magic of classic death metal and take it up to 2016 while attempting to keep authenticity high. While they aren’t the first (or even one hundredth for that matter), one’s love of Immolation, Incantation, Asphyx, and Morbid Angel (of course) will be the deciding factor into how much love you show for this one. Nothing really varies outside of the expectations – it’s well-written death metal that firmly adheres to the chapters from which it came. But that’s also where the problem lies. There’s such precision accuracy to the masters that Necroven does little to identify itself as more than an apt pupil. Which is too bad, because there’s some clear songwriting chops at hand – just look at what they do with even a 7-minute romp in “Esoteric Entropy,” or the frantic melodies of “Martyrs of Repugnance.”

Primordial Subjugation plays out in a manner that seems all-too-predictable manner considering the abilities behind the instrumentation. It’s an enjoyable enough album if old school death metal is your thing, but the band’s stock could really boost if they combined the old school mentality and gave it more of a fresh perspective. They don’t need to change their direction so much as just find a way to put a different spin on things, and Necroven could find themselves in a much more celebrated position. 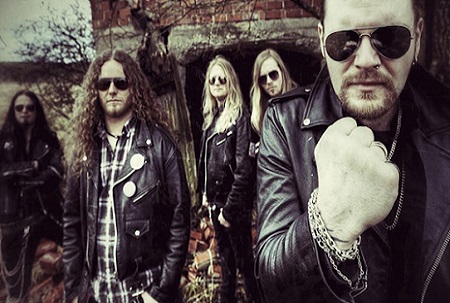