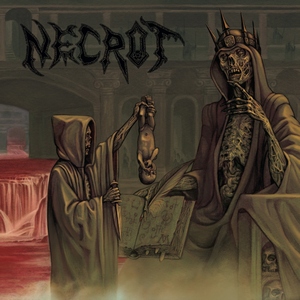 After marching through a few demos in recent years, California’s Necrot have unleashed a full-length offering. Forging a name for themselves in the worship of the old school of death metal, you can expect Blood Offerings to carry on the same traditions that you have come to know and expect from other sources. But it doesn’t mean you should think any less of what Necrot has done.

Good old slimy and gritty death metal is what you’ll find with Blood Offerings. Not the hyperblasting or technical wunderkind of the modern world, but rather a simplistic throwback to the days of yore. Pleasantly avoiding any time of stigma by attaching a particular style to it (a la “Swedish” or “Finnish”), its safe to say that Necrot are going for death metal, pure and simple. It’s filthy, it’s brutal, and there’s an underlying sense of melody (see the standout “Beneath”) that never causes too much of a distraction from the band’s modus operandi of carnage. It’s carnage that you can get into without much difficulty. Lots of stellar leads, slick groovy riffs, and twisted vocals that have some pretty catchy and energetic vibes for an old school album. In fact, that’s probably the best thing that Necrot have going for them – the ability to stick to a timeless death metal format and still keep it sounding fresh (rotten?) enough to hold your interest from beginning to end, particularly with songs that float around the 5-minute mark.

Blood Offerings isn’t anything you haven’t heard countless times before, yet there’s a distinctive charm and charisma to the album that will pull you in for more. There’s a reason that pure death metal has stuck around for so long, and Necrot clearly have a genuine idea of what makes the genre tick. Nothing short of good, death metal fun. 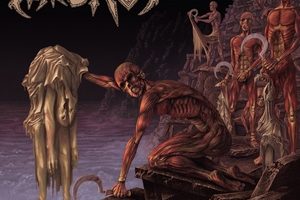