Canadian bands get all sorts of praise for being out of their collective gourds, but when one of their own isn’t all that wacky, it’s like the band in question forgot to wear their deodorant or something. No one wants to touch them. Sorry guys, not everyone can combine Voivodian riffs with Kataklysm hyperblasts while playing at a technical rate that resembles Martyr and Quo Vadis’s love-child. Such has been the 25-year long dilemma for black/death metal gang Necronomicon, who have recently made the label jump from Napalm to Season of Mist for the release of their fourth album, Rise of the Elder Ones.

The unsung status of Necronomicon is fitting, for their 2003 The Sacred Medicines could have been the band’s breakout. While the album didn’t do much commercially, it helped set the tone for future releases, including 2010’s Return of the Witch, and Rise of the Elder Ones. The hybrid spirit on display here is like that of pre-mega success Behemoth, where tinges of black metal are forced to compete with Morbid Angel. This is most evident on the burly “The Living God,” as serpentine riffs have their way, and on “From Beyond,” where drummer Rick lets the blasts fly like nobody’s business.

Triumphant, chant-inducing numbers come in the form of the title track, which is aided by symphonic keyboards. “The Valley of the Souls” gets busy with an awfully frenzied attack, and the Covenant-like “Dark Corners of the Earth” picks up a head of steam that aims right for ‘ole Trey’s 1993 parachute pants. Even with all of this, Rise of the Elder Ones straddles the line of its influences a little too much for clear separation, which makes DR wonder what would happen if main Necro dude Rob “The Witch” Tremblay decided to get all weird and wild… 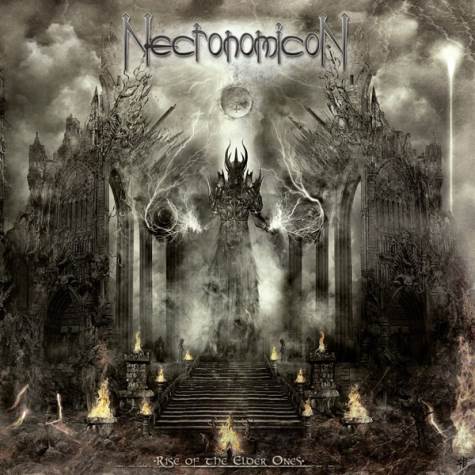