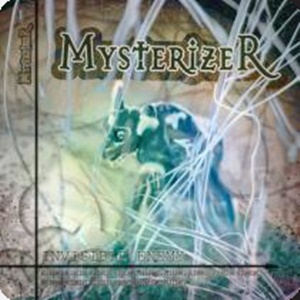 Forming out of the remains of a now deceased metal cover band, Finnish act Mysterizer released their debut EP Tales from the Mystery Days in 2018 before gaining the attention of Inverse Records. The follow-up Invisible Enemy showcases a five-piece unit that certainly embrace a bevy of traditional, classic, and power metal influences from the 80’s and 90’s European scene. It’s apparent early on and as the record unfolds that these eleven songs focus upon catchy, melodic musical hooks, multi-octave vocal parts, and spots of fluid/shred glory to keep ears pinned and hair follicles standing at attention.

It’s hard not to notice the dramatic nature of vocalist Tomi Kurtti in terms of his natural delivery and sheer power, especially when reaching for the Dickinson/Kiske-like falsettos. Check out some of his note-holding propensities and lower to high register maneuvers during “Angel of Mercy” – a mid-tempo offering that features a few Maiden-esque guitar melodies as well as bluesy / shredding leads that possess the right tastefulness to neoclassical factor for mesmerizing results. Musically it’s obvious that Mysterizer cut their teeth on Primal Fear, Judas Priest, and Iron Maiden – opener “Take and Go” could have easily been a long lost Painkiller track, while “Two Lives” contains that cultural guitar hook and subsequent tempo gallop that ups the irons a time or two. An acoustic instrumental “Splitting the Darkness” gives the back half of the record a tranquil reset moment – while the title track as the longest cut for 6:15 is another stunner between Tomi’s semi-theatrical, measured vocals and a penetrating musical backbone, slightly progressive and harmony-driven from beginning to end that features surprising twists, whispered background vocal nuances and another killer lead segment from guitarists Mike Hammer and Janne Marjamaa.

Given the band’s relative short stature as an original band, Mysterizer have set themselves up for a long future based on their study of the genre and professional musicianship / output to date. Not just known for the birthplace of Stratovarius and Sonata Arctica, Finland can also deliver some heads down traditional metal with power as Invisible Enemy will prove.