My Hollow – On Borrowed Time (Self-Released) 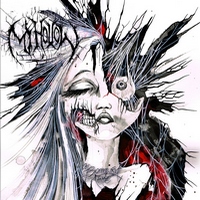 Progressive groove-metal? We are certainly getting more specific and descriptive in our sub-genres at this point. Though It’s strangely fitting for My Hollow, who are following up their Cold Dark Days EP. There is another tag though, that should be added onto the front to accurately use a placeholder – modern. Don’t expect a lot of Gojira and Meshuggah influences here.

Taking the ‘modern’ tag as either a positive or a negative, it will probably impact the amount of entertainment you take from On Borrowed Time. On the one hand, there’s plenty of amped-up Pantera/Chimaira/Lamb of God riffs that will hit hard and often. This is where the band does hit the ‘modern’ sweet spot, with songs like “History of Violence” and “Blood Seeds” offering up quite a riffy beating for your buck. But, there’s also a number of chuggy riffs that lean more towards deathcore (“As Seams Seep Red”) and the vocal approaches, a mix of shouts and higher rasps, also veers into more metalcore territory. Nothing particularly wrong with that if it’s your prerogative, but clean vocals on “Kings With No Castles” and “Wade Through the Thorns” feel more awkward than effective.

On the positive end, the mix is quite good, with an audible bass section that does give the songs a heavier edge (as well as a more interesting one). Ultimately, your preference for some of the bands listed will be key to your view of On Borrowed Time. They can fire off some absolutely killer riffs, but they really need to establish a little bit more identity (perhaps by veering further into the progressive angles) and avoid some of the metalcore clichés in order to break themselves into the scene.