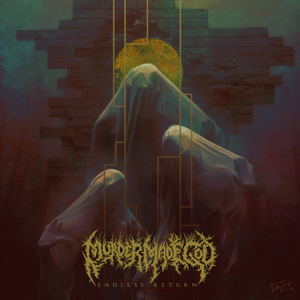 Making the jump from Comatose Music to Unique Leader Records, Endless Return represents Murder Made God’s third full-length effort, following the pattern of having three years between releases. Those who have checked out the previous two will have a pretty good understanding of what to expect here. With their brand of death metal, it’s not about nuance so much as visceral brutality.

Sounding much in the same vein as their last release, though with admittedly better production values, Endless Return owes much to the Decapitated way of extreme metal. There’s a heavy emphasis on grooves and mid-tempo riffs that have some major heft to them (just check out the opening to “The Sword”). There’s a modern bit of crunch to the guitars, but the same old death metal formatting definitely applies. This is music meant to get you into a violent groove. They rarely leave this comfort zone, though some slight upticks in speed occasionally sneak in, along with some precision blast beats (“Darkness Thy Gift”). Given the mid-tempo based nature of much of the material, they really need to bring the riffage to sell the whole package, and this is thankfully where they shine. While the tempo may be similar, the riffs nonetheless always find a way to get the heads banging. The production helps here, giving the riffs the weight that they need while still keeping a pretty prestine sound.

Endless Return is enjoyable for what it is – a burly, groovy death metal machine that is always firing at its strongest moments. While some of it may start to feel a little similar towards the end, it’s still full of plenty of energy to keep the bodies moving. Destructive and consistent. 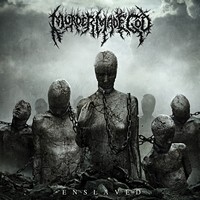