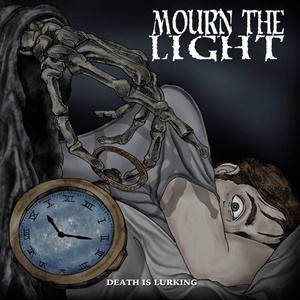 Even in today’s digitally driven music scene, you still find bands willing to work together in old-school ways to get the word out for their sound. Case in point – this self-titled split EP between Connecticut doom outfit Mourn the Light and the Massachusetts traditional metal/doom band Oxblood Forge. Depending on which version you purchase, you’ll get unique album art – and in the case of Mourn the Light, a bonus digital version of their cover for “Bewitched” from Candlemass. Since this writer is privy to the complete package, let’s delve into the six songs on display.

Mourn the Light continue to serve up a classic blend of doom with traditional melodies and inflection points – very mindful of keeping the proceedings catchy and diverse, pumping up the bass and drum proceedings in spots for an extreme instrumental speed transition during the opener “Lost All Control”. Between Dwayne Eldridge’s low, biting guitar tone and the hypnotic, morose melodies from vocalist Andrew Stachelek, it’s clear the band can blend together classic Trouble and Cathedral for “Drags Me Down” to swing heavy riffs in combinations that necessitate brain to body movement and eternal engagement. The epic side comes out on “Carry the Flame” – an eight-minute plus epic featuring a keyboards from Sean ‘Orc’ Adams of Virus of Ideals and showcasing the restrained side of the band, while “Bewitched” reminds the listeners why Candlemass still rules in the traditional doom platform. Well done, gentlemen. 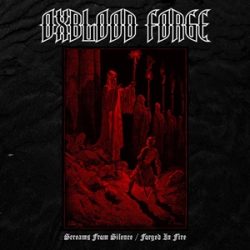 Oxblood Forge have been fairly productive since their inception in 2016 – releasing an EP and full-length while performing all across New England and even Toronto for a doom festival. The two songs here “Screams in Silence” and “Forged in Fire” appear to reach back a bit into older NWOBHM days – although the ferocious bark and steely personality of Ken MacKay should send chills down the hearts of all listeners (the latter track conjuring up David DeFeis of Virgin Steele in spots). They can still be doomy when they want to be, but the riffs, solos, and transitions possess more of that mid-80’s spirit and drive, when King Diamond and Dio were gaining acclaim.

Both bands establish their own take on their love of metal and doom – and hopefully keep listeners engaged for future recordings. New England continues to pump out some great music, so get in on the ground running. 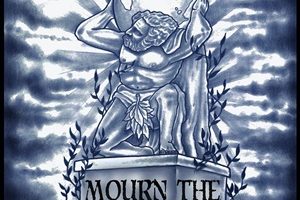