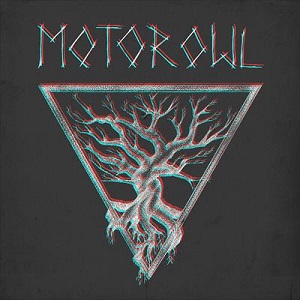 In a sign that not all labels care about Facebook likes and social media presence, independent giant Century Media signed Motorowl, a band who hasn’t even reached 1,000 likes as of press time. Like, oh my god! We can debate the pros and cons of Facebook likes, but point being, the label thought highly enough of the band to essentially build them from the very ground up. It sort of makes one feel nostalgic for Century Media’s once-vaunted street team. Remember them? Anyone?

Formed in 2014 when most of its members had yet to reach the age of 20, Germany’s Motorowl originally self-released Om Generator this past April, only to have Century Media re-release it through their own distribution channels. Essentially a heavy rock band with tinges of stoner and doom crossing paths, Motorowl does have the benefit of a strong young vocalist, Max Hemmann, at their disposal. Hemmann impassioned, accessible delivery has the necessary ‘70s throttle and metal ‘tude. Come to think of it, Hemmann could front any number of straight-ahead melodic metal bands considering how crisp his delivery is. In Motorowl, however, he’s the band’s meal ticket, calling the shots on “The Highest City Part I,” and the harmony-laden “Old Man’s Maze.”

The pre-requisite jam number happens with “One and Zero,” while the band’s laidback side gets a go on “Beloved Whale.” Yet these cuts don’t stand up as well as the album’s rockers, thus showing Motorowl aren’t seasoned enough at the moment to pull off a balanced heavy rock album. Om Generator, like Motorowl itself, though, may surprise some folks expecting far less from a band who is very wet behind the ears.