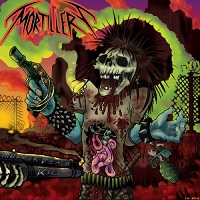 Hailing from Edmonton, Canada (most known to ardent hockey fans where Wayne Gretzsky won several Stanley Cups before their team exodus to America), Murder Kill Death, the debut album from thrash band Mortillery has a boatload of early punk, hardcore and Bay Area spunk in its ten tracks. Cross pollinating stylistically as well as with the membership, this five piece rage from years of intense holocaustic emotion and you will not mistake their sound for anything trendy or new generation.

The riffs of Alex Gutierrez and Alex Scott possess this mix of late 70’s English punk and early 80’s Bay Area catchiness, with reference points from Metallica to Motorhead and D.R.I. on up tempo bashers like “Evil Remains” and “Frizl’s Cellar.” Vocalist Cara McCutchen has this acidic power to her spitfire lyrical perspective, bringing to mind a couple of the greats from the 80’s like Debbie Gunn from Sentinel Beast and Nicole Lee of Znowhite.

Bassist Miranda Gladeau and drummer Kevin Gaudet subscribe to the 1-2-3-4, go for broke punk/speed element present in longtime thrash band Razor especially evident in “Sacrifice” and “Despised by Blood.” More traditional influences from the Priest/Maiden camp come out when the band take the tempo down a few notches, most evident on the longer tracks like “Voracious Undead” and the title cut- but overall the game plan is primal aggression put into cohesive arrangements to elevate live pit motion or crowd surfing antics.

Those into the early Megaforce, Metal Blade, and Combat era of thrash (especially 1983-1986) will find plenty to enjoy about Mortillery. Murder Kill Death accomplishes its mission from start to finish, knocking any fence sitters square to the canvas and relentless in its pursuit of the thrash framework. Posers will vanquish, as only the true remain. 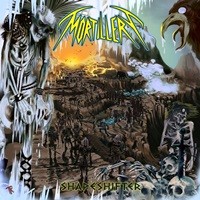 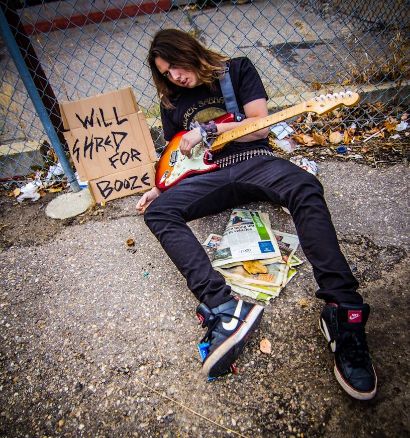 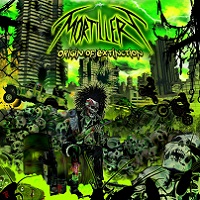