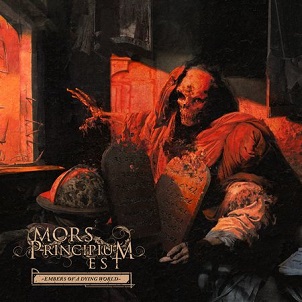 Certainly an odd career arc for a band would an equally-odd name, Finland’s Mors Principium Est were all-systems-go until guitarist/primary songwriter Jori Haukio jumped ship in 2007. Prior, the Finns were on the ascent, largely attributed to the fluid nature of highly-valued melodic death metal gems Inhumanity (2003), The Unborn (2005), and to a lesser extent, Liberation=Termination (2007). But Haukio’s departure created such a vacuum that it would take MPE several years to find his replacement, not to mention equal his songwriting acumen. The post-Haukio …and Death Said Live (2012) and Dawn of the 5th Era (2014) were mild, semi-relevant affairs. Embers of a Dying World, however, is the band’s best in quite some time.

Inhumanity and The Unborn were of such quality because of MPE’s penchant for those darting, almost futuristic melo-death riffs. And when combined with mild industrial touches, it gave the band somewhat of an otherworldly sound. On Embers, MPE has recaptured a vast portion of those elements, most notably on the “Masquerade” (lots of finger-tapping) and “The Drowning,” which could serve as one of the band’s most accessible numbers. Elsewhere, soft keyboard touches highlight “The Ghost,” while the manic “In Torment” and harmony-happy “The Colours of the Cosmos” are the type of vertical, exciting cuts that have been missing from MPE’s repertoire of late.

Really, for starters, head back to the Inhumanity and The Unborn pair, two albums that are among the finest the ’00’s has to offer in melodic death metal. But Embers of a Dying World finds Mors Principium Est back in synch, even with a damn drum machine in tow. That’s the sign of a good album: Not even a drum machine can bring it down. 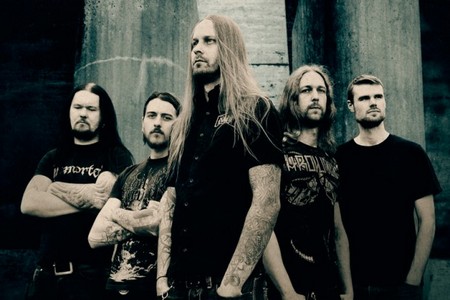 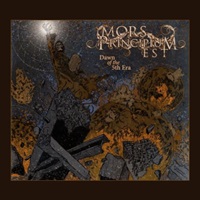 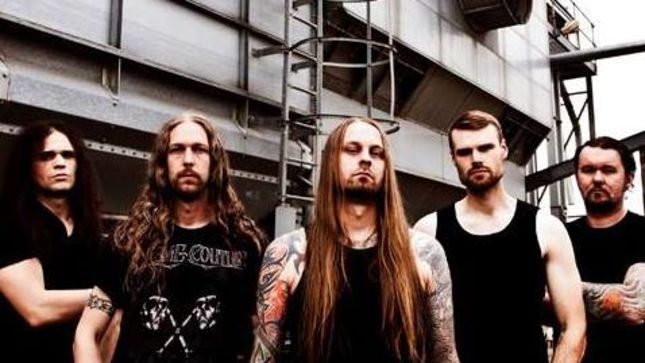