Mordbrand, standing for “arson” in Swedish, are of course, a Swedish death metal band. Whether they, or there singular-focused friends (or fiends) are of quality has become a bit of a wash these days. The bar has been effectively dissolved, and the few that manage to escape (i.e. Morbus Chron, Tribulation, Cursed 13) seemingly can’t get more traction outside of the hard-to-please old crowd, and newbies, whose attention spans are of the limited sort. Therefore, it’s probably best to take an album like Imago with a grain of salt and view it from face-value. Any sort of deep digging serves no purpose now.

The band’s debut full-length, Imago retains the culture and feral push found on the early Stockholm efforts, with Grave and their Into the Grave album being perhaps the most instant of the comparisons. Suitably, speed and tempo are of no issue for Mordbrand; they handle it nicely on the pushy “Join Them in Thralldom” and “Their Name Are Myriads,” which is not only a cool song title, but also throws in some odd-ball speed-picking runs topped off with melody. A nice touch. Similar touches are found on the ultra-heavy “The Spawning (Born of Rot)” and “Sever the Limbs That Grace,” a song that wouldn’t be out of place had Entombed been ready to continue with pure death metal after Clandestine.

Unfortunately, looking past Imago’s rather non-descript and run-of-the-mill nature is difficult. It’s the sort of thing that usually dooms an album right from the start (thankfully, the band is without a detailed bio that would have further dug them into a hole). However, if one really wants to pull apart these songs and arrange the riffs of substance and moving, evil melodies, then yes, Mordbrand can probably cut in the rat race that is retro death metal. Anything beyond that would be pretty surprising. 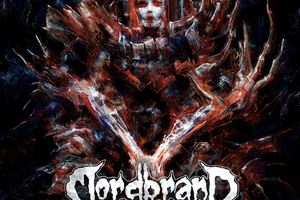