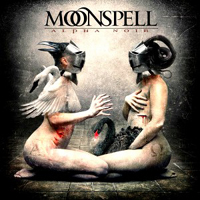 Able to sustain their career based primarily off the twin success of ‘95’s Wolfheart and its Irreligious successor, Portugal’s Moonspell remain not only their country’s biggest metal export, but still very much a viable act on the Goth metal scene. Granted, this isn’t your typical cry in your cereal Goth – Moonspell has a lot more muscle and grit to their sound, and it’s on total display during Alpha Noir, the band’s ninth album and first for Napalm Records.

Led by the always riled-up Fernando Ribeiro, Moonspell charge through the gates on opener “Axis Mundi,” a song that puts the band’s grinding riffs to the test, although it’s mostly the Ribeiro Show once the verse takes its cue. Come to think of it, Ribeiro is the album’s dominating force, with the man’s spittle and post-Peter Steele Gothic croon making a severe impact on the sultry “Versus” and duck-and-cover title track, which is probably the best song of the lot.

Per the note about Alpha Noir having lots of muscle and grit – just take a gander at the domineering “Lickanthrope,” which is able to blend in sideways melodies and a driving bassline. The same applies for “Opera Came,” where jumpy lead riff is brought to the fore with a toe-tapping rhythm. There still is somewhat of an onus on heaviness over melody, the defining trait of “Love Is Blasphemy,” a song is totally reminiscent of 2008’s Night Eternal.

Always an act that has swam against the Goth metal current when it should be swimming with it (remember 1998’s experimentation gone wrong Sin/Pecado?), Moonspell have served up another devilish, ashen effort in the form of Alpha Noir. Whereas most in Moonspell’s situation would be making every effort to recapture past glories, it appears that with Alpha Noir, the band are more than content with not looking back and in turn, staying as vicious as ever. 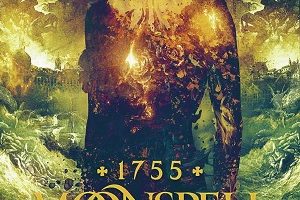