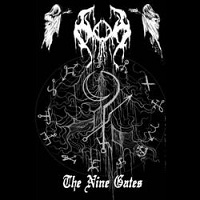 Released way back in February, but only making it across our desk until now (Moribund has been mysteriously quiet of late), Australia’s Moon – not to be confused with the Polish Moon – play a detached, atmosphere-laden brand of black metal. The sole product of Miasmyr, the band has that “in the back” sound on The Nine Gates, as in, the primary instruments aren’t up front – the swirl of a mix job is, which is all the more important considering BM of this kind is far more interested in cajoling with emotion than technicality.

The distance in which Miasmyr’s riffs are channeled is perhaps the product of his primitive approach to writing. Chords burn and peel off, never coming to a true crescendo, save for some of the more realized portions (i.e. memorable) on “Inhale Darkness,” a song that handles the production protocol of Xasthur with ease. So really, once the atmospheric bed is made with a song like “Inhale Darkness,” the rest of the album comes rather gradually, without too much of knock-out moment. Maybe one could sift through the bear-crawl of “Astral Blood” and closer “Gate of the Moon,” but good luck with that. This thing practically spaces itself out right off the bat.

As often is the case with necro/mysterious black metal, the appearance and production straggle are the defining elements, not the songs. And that’s really where The Nine Gates lies; it’s prone to being tuned out, although the sonic caress borne out of wistful production techniques found here will probably forever have some sort of allure… 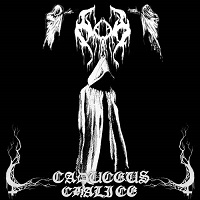