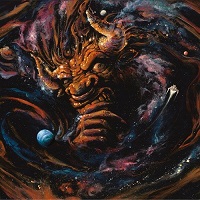 More space rockin’ for ‘ole Dave Wyndorf, who looks like he’s on the straight and narrow since some drug scares a few years ago. Perhaps that’s all a part of Monster Magnet’s journey to elder-statesmen of stoner/space rock, though; one needs to actually live it in order to testify, something Wyndorf has been doing since Spine of God got everyone in a huff…and puff. Tee-hee. Last Patrol is a noted return to the band’s 60’s garage rock roots, casting aside the heavy for some psychedelic rock that for the most part, is quite rewarding.

Even though Monster Magnet gave their breakout Dopes to Infinity the full live treatment in 2011, there’s few signs of those plump Sabbath riffs that have long given the band it’s sonic girth. Last Patrol is a stripped-down entity, with piles of singular guitar strumming (“I Live Behind the Clouds”) and jangly acoustic rock (“Paradise”). Since Wyndorf is such a well-honed and charismatic songwriter, this isn’t much of an issue – these songs got some swag, specifically “Paradise,” which probably fulfills the man’s 60’s requirements in terms of shakers, and Indian-style acoustic jamming.

Some rock is still around, like “Hallelujah” or the up-tempo “End of Time,” which is the album’s highlight cut. And surely Wyndorf will give the press a proper explanation as to why Last Patrol tones down on the metal, but perhaps it’s the absence of long-time sideman Ed Mundell that has given MM’s ringleader the open door to have a go with an album as garage-y as this. Either way, good jamming across the board on Last Patrol, making it a warm sight to see Monster Magnet hang around for this long, against all odds, presumably. 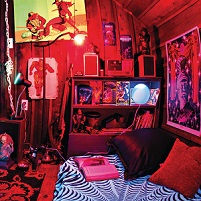