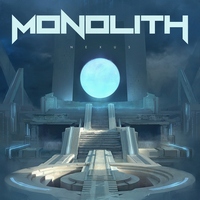 Successfully bridging the gaps between symphonic, melodic death, and progressive metal is no easy feat. But that hasn’t stopped Canada’s Monolith from delivering their third slab of the precisely that, in the form of Nexus. Merging a sound that is familiar yet unique and futuristic, this is the type of album that needs to be championed by a wider crowd.

There are plenty of bands doing the melodic death metal with plenty of symphonic elements route, but Monolith manages to keep it fresh. Drumming up a slurry of more modern melodic death metal (read: plenty of keys and clean vocals) alongside some progressive slants and a few hints at metalcore, Nexus reads like a number of like-minded upstarts at the moment. But, in Monolith’s case, the keyboards do a genuinely solid job of giving them a true sci-fi/futuristic tone that sets up a more unique tone that you’d expect. Pick any track and you can hear it in the background. It gives the songs an almost soundtrack-feel without being overbearing, adding depth and feel. The vocal patterns do stick to the clean/harsh dynamic, but even the use here leans more progressive in nature than the “commercial” path many bands take and do their best to avoid the stereotypical use. They also use some sleek chord progressions and some fun solos (see “Compassion,” which includes themes to The Simpsons, Jurassic Park, and some Disney songs) to round out their sound. The intertwined use of symphonics and riffs feel natural and the two play-off each other well (see “Enmity”), resulting in an album that has an upbeat atmosphere yet retains heaviness.

Third time is the charm for Monolith, and Nexus really delivers a lasting impression that any symphonic or melodic death metal-inclined fan would enjoy hearing. This band is ready for a much larger audience within the scene.