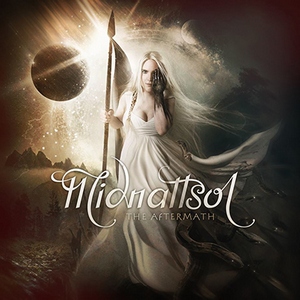 Lots to be excited about for Midnattsol fans. For one thing, The Aftermath marks the first new release from the band since 2011. To further up the ante, the band announced last year that revered vocalist Liv Kristine Espenæs was to join the band, and sing alongside her sister Carmen Elise Espenæs. A combination that enhances Midnattsol’s unique approach (and is sure to bring in some new followers to the deserving act).

Despite the long absence, Midnattsol pick things up right where they left off seven years ago. With a sound that’s almost more Viking/folk in feel that many might initially give them credit for, The Aftermath is a remarkably deep listen that can stand on its own musical merits just as well as it can for the top-rate combination of the Espenæs sisters vocals. Woodsy and triumphant riffing gives songs like “Syns Song” an edge that the band is wise to lean on. More doom and gothic elements rear their head on other tracks like “Herr Mannelig” and have a more symphonic feel without veering into more commercial waters. Of course, cutting into these metallic waters are the vocals, with stick more to the ethereal and refrained rather than outright bombastic. It generates a more relaxed feeling to the band, and softer moments like “The Unveiled Truth” weave an intoxicating effect. With two vocalists, they could have easily altered the landscape to fit that of vocal-forward approach, but Midnattsol is thankfully happy to design a well-rounded group effort that allows all members time to shine.

Sure to be hyped on the vocal end due to Liv Kristine’s involvement, The Aftermath gives Midnattsol a larger platform to push their more fascinating and distinctive approach to symphonic/gothic metal. They’ve stuck to their guns and presented what’s most likely their strongest and most well put-together release so far. 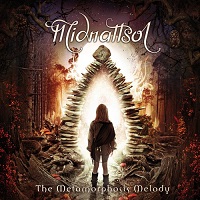 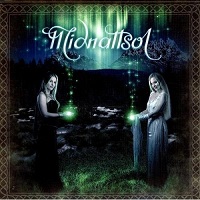