At this point in time, Meshuggah’s a band that really needs no introduction. Innovators and purveyors of extreme metal’s more mathematical style, they have long been one of the gold standards for innovation, smashing delivery, and technical prowess in the genre. All of these aspects are on display in the remaster of the band’s 2004 opus, “I,” a 21-minute track that seamlessly and compelling infuses all of the group’s stylistic tropes (trancelike atmospherics, mindboggling time signatures, and seismic bottom-end delivery) into a cohesive tour de force. Listeners already familiar with this track will rejoice that the remaster crushes. While it doesn’t put the older recording to shame by any means, the overall punch has reached Ivan Drago proportions and begs to be played through a modern sound system.

The great flaw of Meshuggah’s remastered EP is that, despite the handful of extra goodies that have been added to entice listeners to repurchase the disc, there’s not much new to report. Live cuts of “Bleed” and “Dancers to a Discordant System” are mixed well, containing just enough crowd noise to remind us that it’s live but nowhere near enough to distract from the well-executed performances themselves, while 2003’s creepshow “Pitch Black” concludes the quartet of tracks. The disc ultimately flows well, and the quality of the recordings is great. However, the extras feel much like a rehash, considering that “Pitch Black” and another live rendition of “Dancers” were released on the Pitch Black EP just last year. Whether including a lost track, a remix, or even a more-obscure live number, this rerelease would’ve been better bolstered by some more-unique bonus content.

In all, the EP—which, considering the length of the tracks presented, is longer than many LPs on the market — serves an enjoyable, pummeling listening experience. Meshuggah neophytes or those who skipped over the initial EP are equally well-served to check out this release. Otherwise, though, with the lack of intriguing bonus content, only the most hardcore of Meshuggah collectors are likely to find repurchasing a sound investment. 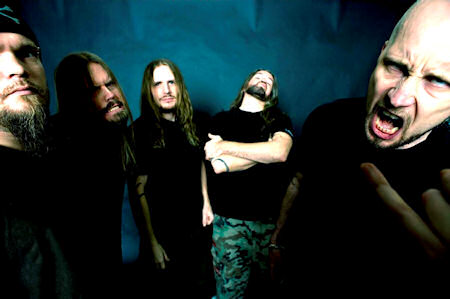