Timing can be everything in the metal scene. Talent can be the gateway, but often the right ‘connection’ or networking capability opens all the right doors. Take Boston power/thrash band Meliah Rage. Forming in 1987 and signing to major label Epic Records a year later after a mere eight shows, one three \-song demo plus Gang Green’s manager who got to know MR guitarist Anthony Nichols after touring for said band. The big budget days long gone (after a lukewarm reception to 1990’s second album Solitary Solitude), the band still plug away on the independent scene, currently unleashing their eighth full length in the eight song Warrior.

Marc Lopes takes over the microphone duties, a veteran of the power/traditional circuit in New England, and his fierce, sharp presence will not disappoint. Check out “Stranger to Your Sympathy” and “These Scars” to hear his Brian Allen (Vicious Rumors)-meets-Mille Petrozza tone, metal to the bone. Musically though, Meliah Rage appear to live in the shadows of bygone power/ thrash; their love of Metal Church and old Metallica very prevalent. Which isn’t a bad thing on the main riffs for the 5:18 “Garden of Evil” instrumental, even if the follow up “In Hate” borrows drum/guitar parts from the intro straight out of the “Dyers Eve” textbook.

Warrior is another case of Meliah Rage being caught between a rock and a hard place in terms of genres. Not powerful enough for some, certainly not intensely thrash for others – it’s the Armored Saint syndrome all over again. There are pockets of people who love the fact that Meliah Rage crank out metal that revels in a bygone era, but I doubt this release will revolutionize their following. The final guitar harmonies from Nichols and fellow guitarist Jim Koury on “I Am the Pain” (4:21-4:46) and bluesy lead break plus cultural instrumental moments within “A Dying Day” make the album passable. You just keep hoping for better tempo versatility and less rigidity throughout.

Where’s Wargasm when you need them… 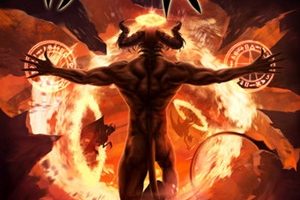