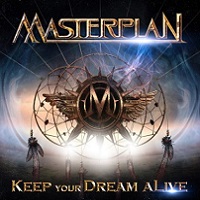 Probably a good time for Masterplan to go the ‘ole live album/Blu-Ray route, now that their singer situation is straightened out with Rick Altzi. The Jorn Lande Part II era of the band didn’t work, obviously. But Altzi has proven to be a fine choice and he’s a-okay on the Jorn songs here, too, which shows that perhaps Roland Grapow and friends may not have needed the Norwegian as much as they thought they did. Anyway, Keep Your Dream Alive captures the band in action in the Czech Republic, Wacken, and Atlanta, along with some backstage footage to boot. Pretty standard fare, but again, it’s Altzi that brings it all home.

Live albums in the modern era are of the dodgy sort, so it’s really a matter of song selection. And Masterplan, wisely, culled largely from their marvelous self-titled 2003 debut, where upon “Enlighten Me,” “Spirit Never Die,” “Crystal Night,” “Heroes,” “Kind Hearted Light,” and “Soulburn” get some playtime. (What, no “Sail On?”) Altzi handles each like a pro, demonstrating equal range to that of Lande. He may not take as many chances as his predecessor, but he’s rightfully in the thick of things – just check out the hummable “Back For My Life” and “Lost and Gone.”

The visual portion is workable, as Grapow and his bandmates smile and laugh during the 14-song set, a common trait for Euro bands of this variety. The extras are cool, too – some footage from their 2014 trip to the fantastic ProgPower festival in Atlanta, as well as every official video the band has shot. So in all, a fine collection put together by Grapow and team, showing that Masterplan are very much worthy of their spot as one of melodic metal’s more unsung bands. And plus, that debut…it’s glorious. 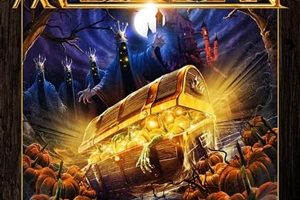 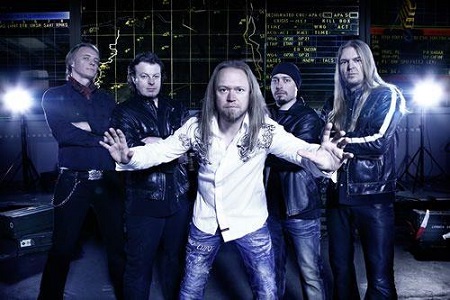