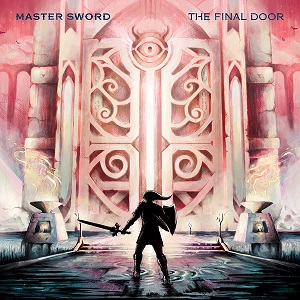 It was clear with Master Sword’s debut, Shadow and Steel, that the band was on to something. Taking The Legend of Zelda as a theme, not just lyrically but also literally converting some of the classic video game music into traditional/progressive metal, they really hit it out of the park on their first try. The Final Door sees their songwriting continue to improve, and allows for an excellent fusion of Zelda music and heavy metal thunder.

Still the band’s strongest asset (to those familiar with the Zelda series at least) is the incorporation of music from the game series into the tracks themselves. “The Final Door” wastes no time (re)introducing this concept, and there’s not a time that it happens that doesn’t elicit a smile (“Enchantress” is another excellent example of this). There’s no explicit ‘cover’ this time, like “Hyrule Field” on Shadow and Steel, and it’s clear from the snippets they pepper into the tracks that they’ve gotten better at weaving them into the songs seamlessly.

But catching these little moments isn’t all that makes Master Sword’s music great. To the casual metal fan who enjoys progressive or traditional heavy metal, the band has their bases covered here as well. You have some lengthier tracks that incorporate a larger feeling of brooding and darkness (“A Bloody History”) or more upbeat and triumphant cuts like “Hero of Time.” In either regard, there’s a lot to enjoy, be it the excellently balanced mix (giving the bass some room to shine), Lily Hoy’s soaring and captivating vocals, high-flying leads and solos, or the abundance of engaging melodies in each track.

Master Sword deserves some props for their ability to craft an excellent heavy metal release. They avoid that gimmicky status that can come across with this sort of thing because they put the music first – which makes it just as palatable to the average metal fan as it does the Zelda fanatic. Of course, fans of the game series are going to get something extra special out of it, as the band consistently shows their love and passion for it in the lyrics and music. But most importantly, The Final Door is successful because it is chockful of catchy riffs and excellent vocals. One to seek out if you enjoy traditional heavy metal. 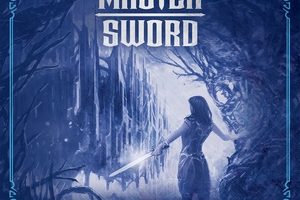