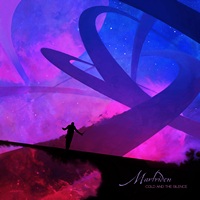 A bit of a last minute discovery at the end of 2015, this one squeaked its way onto the top list for Sifting Through Bandcamp, but certainly warranted a closer examination. Martriden has always been a band doing great things, even if not nearly enough people had been hearing about it. Blackened death metal has been the name of the game from the start, but there’s been significant expansions since their debut EP, and Cold and the Silence continues this progression forward in new and exciting ways.

Being introduced to Martriden back with 2008’s The Unsettling Dark, the band’s spin on black/death metal held plenty of atmosphere, melody, and aggression. This was expanded upon with 2010’s Encounter the Monolith but the band all but disappeared. Almost six years later, the rather quiet release of Cold and the Silence onto Bandcamp shows the band hasn’t missed a step. The progressive elements of Encounter have taken on a larger presence, and one can’t help but notice the killer Enslaved vibes alongside some Cynic ones. Absolutely dreamy and near psychedelic moments interject their way into the band’s penchant for death/black mayhem, casting an even wider array of emotion than the band has done in the past. The usage of clean vocals, particularly in the title track, “Consequence,” and “The Grey” enhance the atmosphere and are not done at the expense of diluting Martriden’s sound. It’s simply an additional element that the band can hone in on for added variety. Those looking for more sinister moments can still find them a-plenty in the riffs of “Blackened Trees” and the already mentioned “The Grey.”

A rare case of a band constantly expanding its horizons without losing their identity or integrity, Martriden continue to be a go-to name in the extreme metal scene. There’s a large amount of diversity, but it’s very balanced – furious yet melodic, atmospheric yet heavy. It’s an album you’ll find yourself going back to again and again as you unpeel its layers and see what makes it tick.