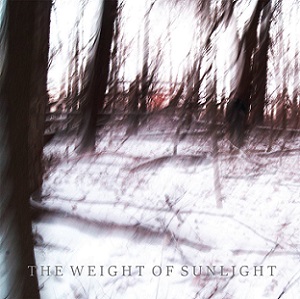 Fun fact about Marsh Dweller main dude John Owen Kerr: he collects Cold Lake cassettes. Meaning, the much-derided Celtic Frost album, known for its dramatic sonic and visual shift into glam rock territory. Today, it’s almost ironic to enjoy Cold Lake, but back in 1988, no one was digging it, not even Tom G. Warrior. (The album is out of print, so what Kerr has are collector’s items.) Anyway, Kerr’s Marsh Dweller is far removed from poorly-executed ‘80s glam rock, opting for a visceral, yet streamlined blend of melodic death and black metal, all in mid-tempo range on The Weight of Sunlight. Sign us up.

The album cover may give it away, but there’s a woodsy, forest-dwelling feel to a good chunk of the songs on The Weight of Sunlight. The natural, homespun aura that popped up frequently on early Agalloch albums is certainly present, although Kerr is nowhere near as reliant on acoustic guitars and folk instrumentation. Instead, the man carefully piles melodies on top of one another, resulting in some stirring moments on “The Dull Earth” and “Forks of the River,” which may or may not nip at the heels of Woods of Ypres, a band of similar fashion.

The Weight of Sunlight isn’t without its grueling numbers, in particular “Monumental Collapse,” but that’s not where Marsh Dweller’s strengths lies. Rather, Kerr proves himself rather adept at playing the variety card without tipping his hand too much. It ultimately results in a singular, crisp listen, which in the context of North America’s ever-unbalanced extreme metal underground, is worth seeking out and relishing.