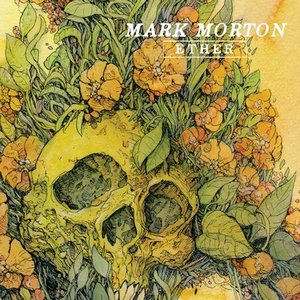 Last year, Lamb of God guitarist Mark Morton released his first solo effort, Anesthetic. It was interesting, particularly when he moved further from what could have been Lamb of God-esque material, even if some of it was a bit uneven due to the variety. With that notion in mind, this follow-up EP remedies that issue by mostly focusing on the acoustic guitar. It’s a much more mellow release, but it’s equally star-studded and actually more enjoyable.

With only five songs here (and two of which are cover songs), it’s a case of quality over quantity. The large emphasis on acoustic guitar makes it an intimate listen, and opener “All I Had to Lose” is a potent and emotive track. The first of two Mark Morales-led tracks (who is a part of his live act) is a reflective one, and justly sets the tone for the other tracks. John Carbone (Moon Tooth) lends his voice to “The Fight,” which continues the acoustic vibes and somber tone until late in the song where some more explosive guitar work takes centerstage and livens things up. A cover of The Black Crowes “She Talks to Angels” is a welcome one, with Lzzy Hale’s soulful vocals being a great match to the southern flavor of the song. “Love My Enemy” is the last original track on the EP and features Killswitch Engage’s Howard Jones on vocals. The heavier tone to parts of the song are fitting, while keeping the acoustics in the frontline – allowing Jones to both emote in a soft coo or a potent belt. Mark Morales returns for the last track, a cover of Pearl Jam’s classic “Black.” It sticks pretty close to the original, but its still an enjoyable finale to the EP and keeps the consistent acoustic tone flowing.

Some metal fans may not find it to be an everyday listen based upon the more gentle tone of the EP, but Ether again proves Morton’s chops are not limited to the heavy metal genre. Instead Ether is a pensive listen that fans of Morton will enjoy, and the star-studded line-up should ensure that a variety of eyes and ears are intrigued to check it out.