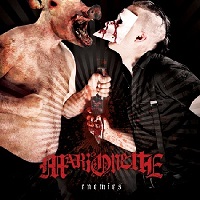 Once past the Gothenburg melodic death metal explosion of the late 90’s/early 00’s, the scene has failed to produce a newcomer worthy of its predecessors. The vaunted melo-death style is now so bastardized that it probably doesn’t even matter what scene or country it comes from, but Marionette might be the first band to have an outside shot of sustaining this style within Gothenburg and doing the city proud.

vocal passage, keyboards, etc.) that were indicative of band more mature than their lifespan would suggest.Enemies more or less builds upon that, with striking results.

Relying heavily on up-tempo, but not d-beat tempos, Marionette keeps matters in motion on opener “The Swine,” where slick melodies collide with beefy riffage. Same bodes for album highlight “Stench of the Herd,” which opens with a classic melodic death metal melody, developing into a memorable, Euro-friendly jam.

Vocalist Axel stays throaty and relatively decipherable, guiding the quite excellent “The Lie,” “Through Veils” and “The Truth” through a melodic death metal terrain that is more modern sounding that one would suggest. In fact, Marionette often treads the same ground as current melo DM newcomers like Sonic Syndicate, albeit with infinitely, infinitely better songs

. And they don’t need no stinkin’ cute bass player to sell themselves.

It’s premature to stake the future of melodic death Gothenburg-style on Marionette, but Enemies is a very capable, if not utterly recommended album. The wheel is not even close to being reinvented, yet that glimpse of promise and authenticity is most certainly there, something that a lot of new bands

of this ilk would be wise to pay attention to. 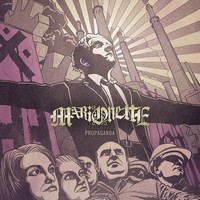