Make Them Suffer – How to Survive a Funeral (Greyscale Records) 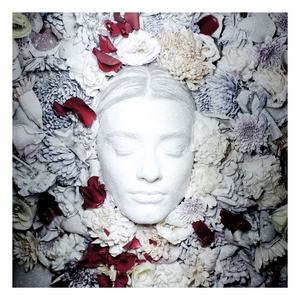 From their symphonic deathcore beginnings, Make Them Suffer hasn’t really been a band to stay still. While their Neverbloom was a tedious affair that was chockful of the “don’t” when it came to breakdowns, the band has made some consistent strides to improve upon and advance their sound ever since. How to Survive a Funeral marks the band’s current high-point, and one that is much stronger than some may initially think.

With the band’s deathcore roots not really much of a defining piece at this point, How to Survive a Funeral has an amalgamation of different sources. There’s djent-y tones, galloping metalcore riffs, modern metal grooves, atmospheric touches, and yeah, a few breakdowns continued to be carried over from their earlier days. While there’s a lot to consume within their modern package, it’s pretty well synchronized and they’ve smoothed down what could have been some jagged edges. “Falling Ashes” is about as snarling and close to deathcore that the band gets, with a barrage of blasting drums and frenetic riffing being the focal point of the track. But it breaks down completely into gentle atmosphere in the second half before rapidly accelerating again and serves as a solid opener. “Fake Your Own Death” echoes some of these sentiments and features some massive grooves and chugs, but the band wisely knows when to pick up some speed to help things out and provide balance.

Early single “Erase Me” sways between energetic metalcore riffage with a touch of synths and dives headfirst into a melodic chorus that features keyboardist Booka Nile for a touch of elegance. Her vocals are fantastic when used in addition to Sean Harmanis’ barks/growls/cleans, but thankfully they avoid attempting to pull off a ‘beauty and the beast’ situation. That said, her additions on “Drown With Me” and the title track also provide a gentle and warming touch. The album’s most atmospheric track, “The Attendant,” has a dreary Deftones-ish quality to it and effectively couples some gloomy hooks and haunting vibes. Lastly, standout “Soul Decay” merges an atmospheric/symphonic chorus with some heavier grooves and playful melodies into a nice centerpiece.

Taking from the bits and pieces of the band’s evolutionary past, How to Survive a Funeral gives them their finest moment to date. It’s heavy with some modern appeal, but those looking for something that can occasionally provide a bruising but still attend to the more melodic side, Make Them Suffer offer a strong argument with this album.