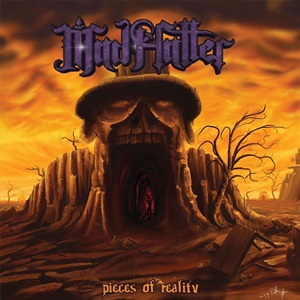 Returning with their second full-length Pieces of Reality, Swedish power metal band Mad Hatter aren’t resting on their creative laurels and got to work quickly on the follow-up to their 2018 self-titled record. It was obvious the band’s penchant for European style power and Teutonic finesse against Stratovarius/ Firewind movements had its moment but failed to necessarily eclipse much of the originality that made their influences rise in the ranks. Choosing to be more succinct with song structures (most of the songs hitting the four to five-minute mark, none over six), it’s evident that the quartet choose to be tighter and rely on more of their intuition to develop this material, which long-term can produce more memorable results.

Embellishing many of the multiple vocal angles from choirs to evil low narrative elements right away on “Master of the Night” – Petter Hjerpe as a singer is a focal point. He certainly has the pipes and a Tobias Sammett way of personalizing these melodies to be quite enchanting, soaring to the heavens immediately for the opening notes on “Queen of Hearts” while being charismatic during the verses for the Helloween-like “Ignite”. The late 90’s/Stratovarius strains come in for the keyboard/guitar syncopation aspects to the mid-tempo anthem “Rutledge Asylum”, the steady double kick groove and bombastic/choir-driven chorus hammering home key hooks that won’t leave your headspace quietly. Those who love to sink their teeth into catchy bluesy leads crossing over neoclassical arpeggio runs will dig Dennis Eriksson’s versatile axe maneuvers – and he knows when to set a strong power chord platform that can be driving while catchy, as the AOR-ish title track is a mid-album highlight in that regard. Intertwining the faster, uplifting songs against more moderate metal anthems ensures that Mad Hatter won’t become a one-trick pony – and that can be so important in the power metal realm.

Piece of Reality represents a decent step forward for Mad Hatter as they play to their strengths while break away from a few of their major influences in the hopes of establishing their own standards and style. It’s destined for singalongs, chanting, and alcohol-fueled good times – so join along if that meets your muster. 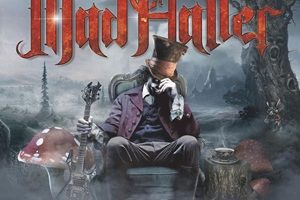